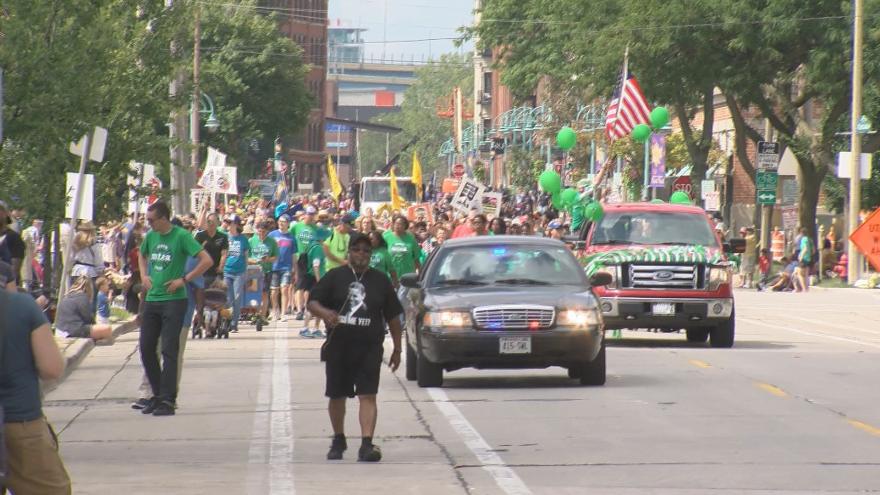 MILWAUKEE, WI (CBS 58) – One of Milwaukee’s Labor Day traditions is a celebration in honor of working men and woman.

Hundreds of people attended Laborfest at Henry Maier Festival Park. Things kicked off with a parade which started at Zeidler Union Square Park.

Local labor unions say the holiday is a day of celebration for all of the victories and those still yet to come for workers.

“It’s a celebration of all working people,” says Greg Gorecki, a retired union worker. “I still get emotional about it. It was good to me, my family. My kids grew up with healthcare.”

Organizers say some of those victories include things like fair pay and the creation of labor unions.

“This is the largest turnout I’ve seen here in years,” says Mayor Tom Barrett. “I think this is a reflection of what’s going on right now in Washington D.C., where people don’t feel like we have an administration that’s there for people who want to support their families.”