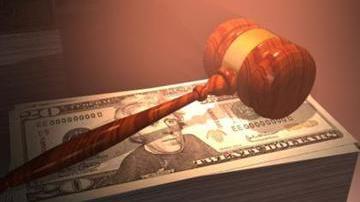 (CBS NEWS)--A former Goldman Sachs (GS) trader, still furious at getting only an $8.25 million bonus in 2010, has taken the giant investment bank to court to get paid millions more.

Deeb Salem says he helped Goldman earn more than $7 billion and that a little more money in his pocket would only be fair considering all his contributions. He wants about $5 million in additional pay from Goldman.

In his petition filed last week in New York's State Supreme Court, Salem said things at Goldman started to unravel when he got a written warning about his 2007 job self-evaluation, Bloomberg reports. In that self-evaluation, Salem reportedly discussed a short squeeze involving derivatives linked to subprime home loans in 2007.

His own words were later used by U.S. Senators investigating whether Goldman bet against the mortgage market in 2006 and 2007 in such a way that helped it reap massive rewards as the housing sector tanked.

You just don't talk about such things in your job evaluations at Goldman, and Salem said his pay was docked as punishment for those comments.

Salem watched his annual bonus go from $15 million in 2009 to $8.25 million the next year and $3 million in 2011. He left the firm in 2012 but soon filed a complaint about his 2010 pay with the Financial Industry Regulatory Authority, Wall Street's self-funded regulator. He tried to get more than $16 million from Goldman in arbitration, including nearly $7 million in deferred stock he felt he was owed. But the authority sided with Goldman Sachs.

Now, Salem wants New York's state court to overturn that regulatory decision. Goldman has argued that it has the final say on all bonus amounts and that Salem was aware of the policy.

Goldman's lawyer, Andrew Frackman, said during a hearing on the case that Salem received more than $35 million in pay over six years and was better paid than his peers, Bloomberg reports. \"He made a ton of money,\" Frackman said at the hearing, according to Bloomberg. \"He's not entitled to more simply because he would like to have been paid more. If that were the case, you'd have traders and bankers in here every day of the week.\"