3:30 PM update: Rain getting closer, wind advisory issued for most of Sunday

3: 30 PM update: Rain getting closer, wind advisory issued for most of Sunday

A flood advisory is currently in effect for all of southeast Wisconsin due to the likelihood of heavy rain Saturday evening. Rain should move in between 6-8 p.m. and last about 12 hours. 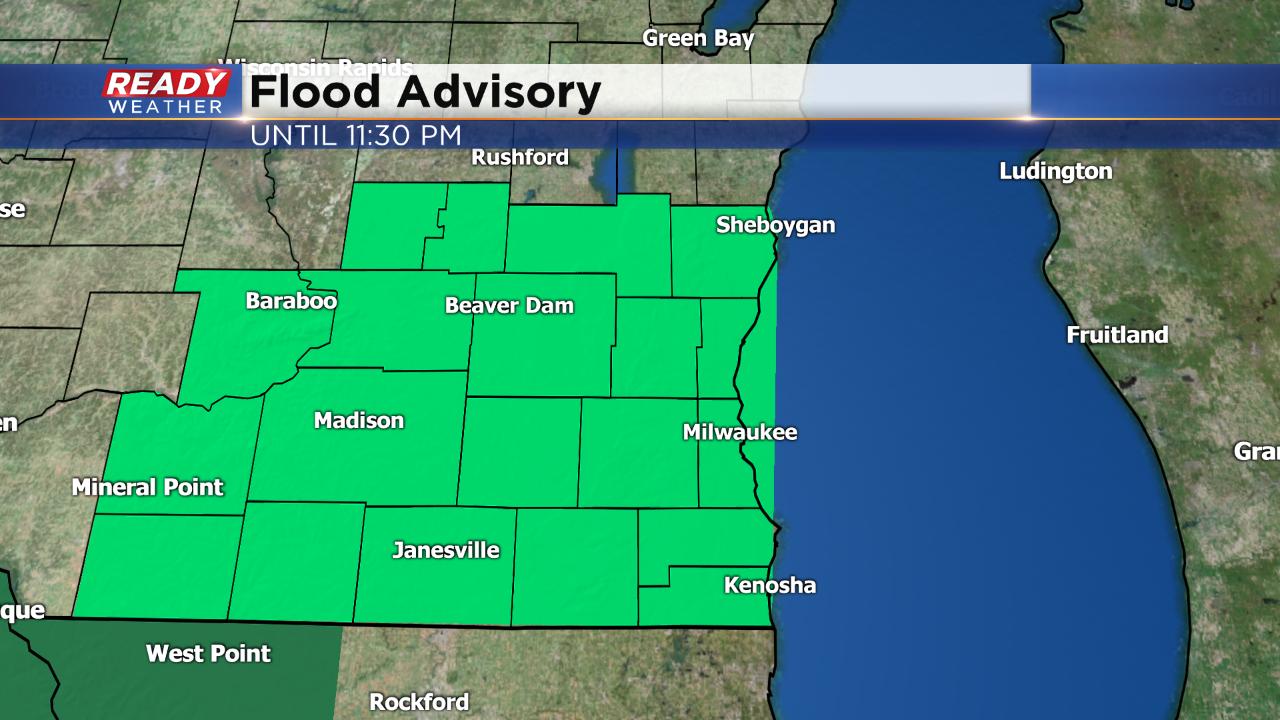 Over an inch of rain is possible for some.

A wind advisory has also been issued for all of southeast Wisconsin. That advisory starts at 6 a.m. Sunday and lasts until midnight. Wind gusts could reach 50 mph. Temperatures will also drop through the day Sunday. Wake up temps will be around freezing with the strong wind but by the afternoon it's in the 20s and some get close to 0° by Monday morning. 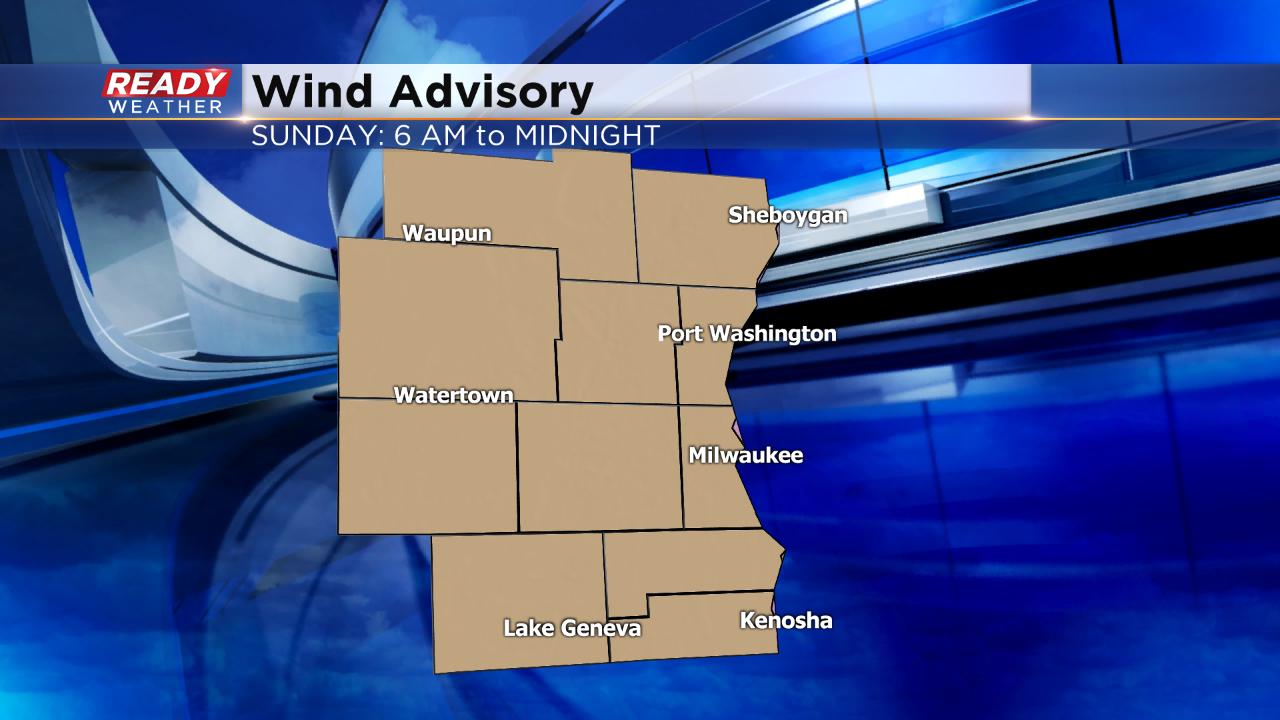 Our focus now turns towards some heavy rain moving in later Saturday evening into Sunday morning. As much as 1.5" of rain is possible in some spots which could lead to some localized flooding. A flood advisory has been issued for all of southeast Wisconsin for potential of ponding water on area streets and low spots. The flood advisory lasts until 11:30 p.m.

We're also watching the wind increase. As of noon wind gusts have already surpassed 30 mph in some spots. We still expect at least a wind advisory to be issued for the entire area later today through Sunday. Gusts could reach 50 mph and with a soggy ground that coild lead to isolated power outages and downed trees.

Here is a wind gusts map that will update throughout the day. 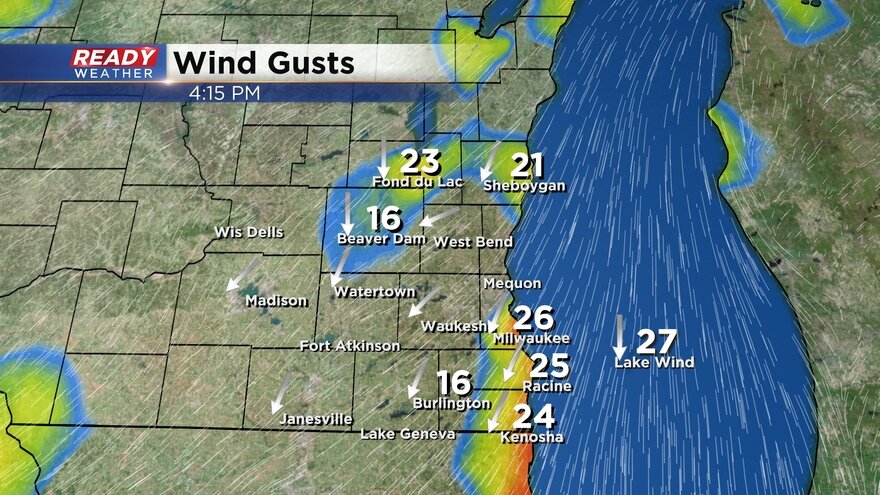 A wintry mix continues to fall across southeast Wisconsin. Sleet and rain is moving in from the southwest with most of our eastern and northern communities seeing freezing drizzle and big fat snowflakes. Some slick spots have been reported on roads, but widespread icing is not currently being felt.

Temperatures are slowly warming and as of 9 a.m. most of us are hanging between 30-35*. Expect temps to continue warming the rest of the day with highs around 40. 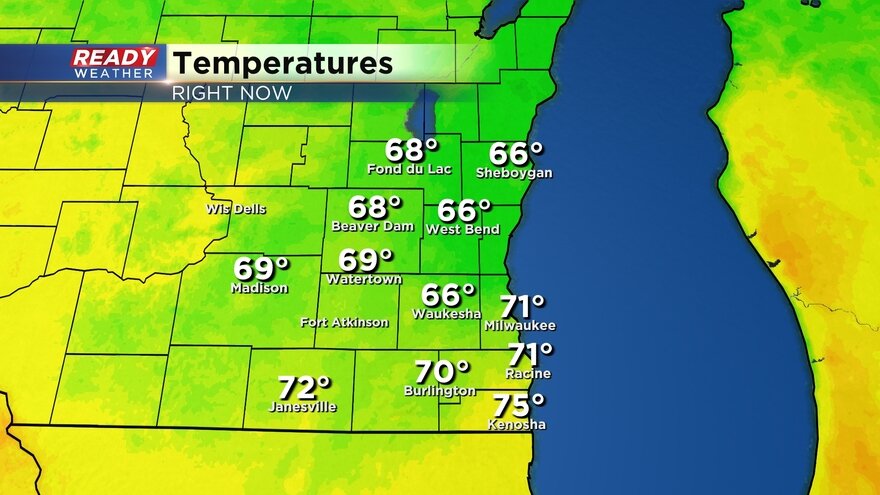 Light wintry mix is starting to move in to our western counties. The winter weather advisory has been cancelled for Racine and Kenosha Counties where temperatures are above freezing so freezing rain is not a big concern. The advisory remains in place for the rest of southeast Wisconsin until noon. 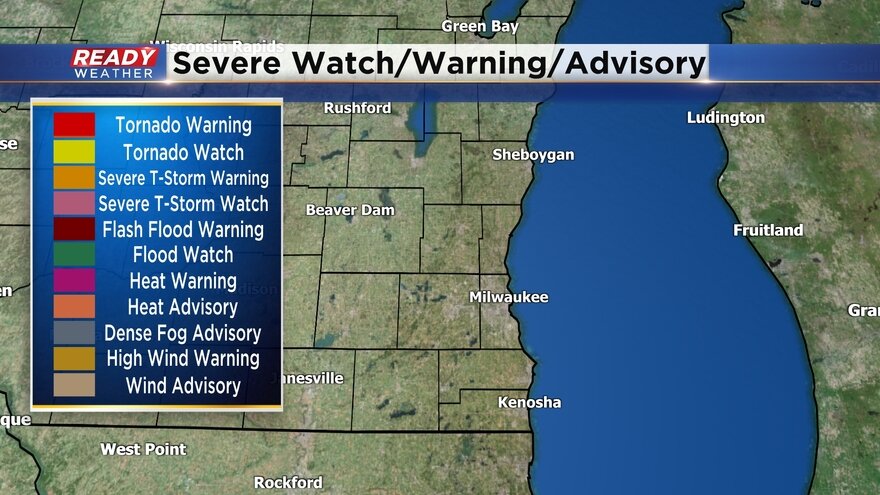 Here is a current radar that will update with time: 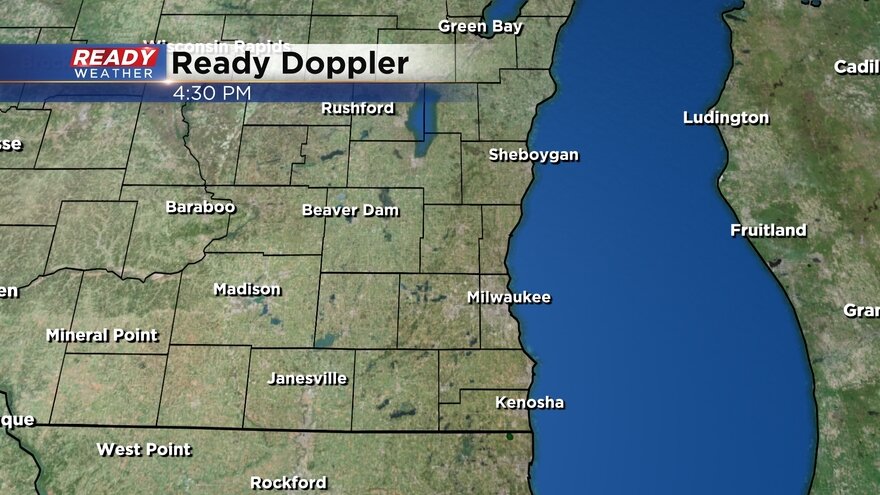 Temperatures will continue to slowly warm the rest of the day. And by noon road temperatures should be above-freezing improving road conditions. Wind and rain continue to be the big story Saturday night with around 1" of fresh rain and wind gusts to 50 mph. A wind advisory is likely and some ponding and minor flooding is possible along with ice jams.

A winter weather advisory has been issued for all of southeastern Wisconsin from 6 am Saturday till Noon.  The greatest threat will be a mix of snow and some freezing rain during the morning.  Light icing is possible that could create slick spots.  By the afternoon temperatures will warm where just rain will be expected. 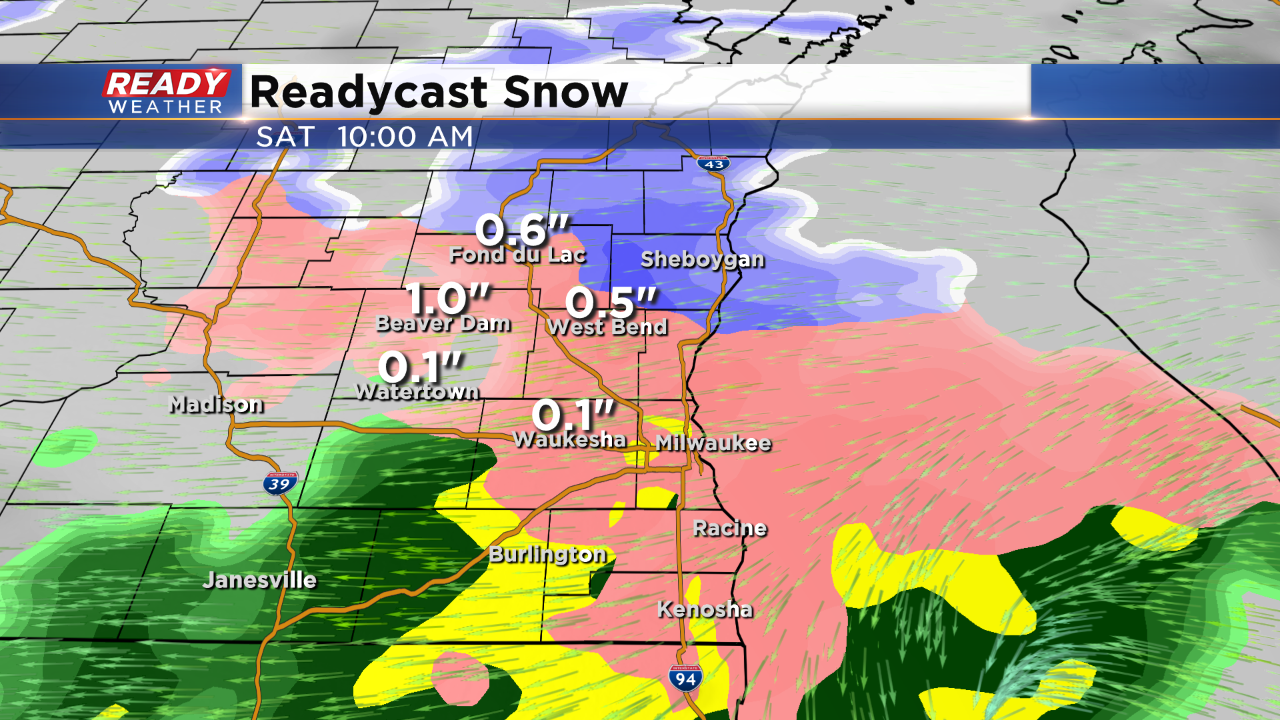 Rain showers will continue Saturday night before a front blows through.  Snow showers are possible late Saturday night into Sunday morning.  Thankfully snow totals will be around a half an inch for most of the area; however, Fond du Lac county could pick up slightly higher totals over an inch.

The snow should move out by late Sunday morning. 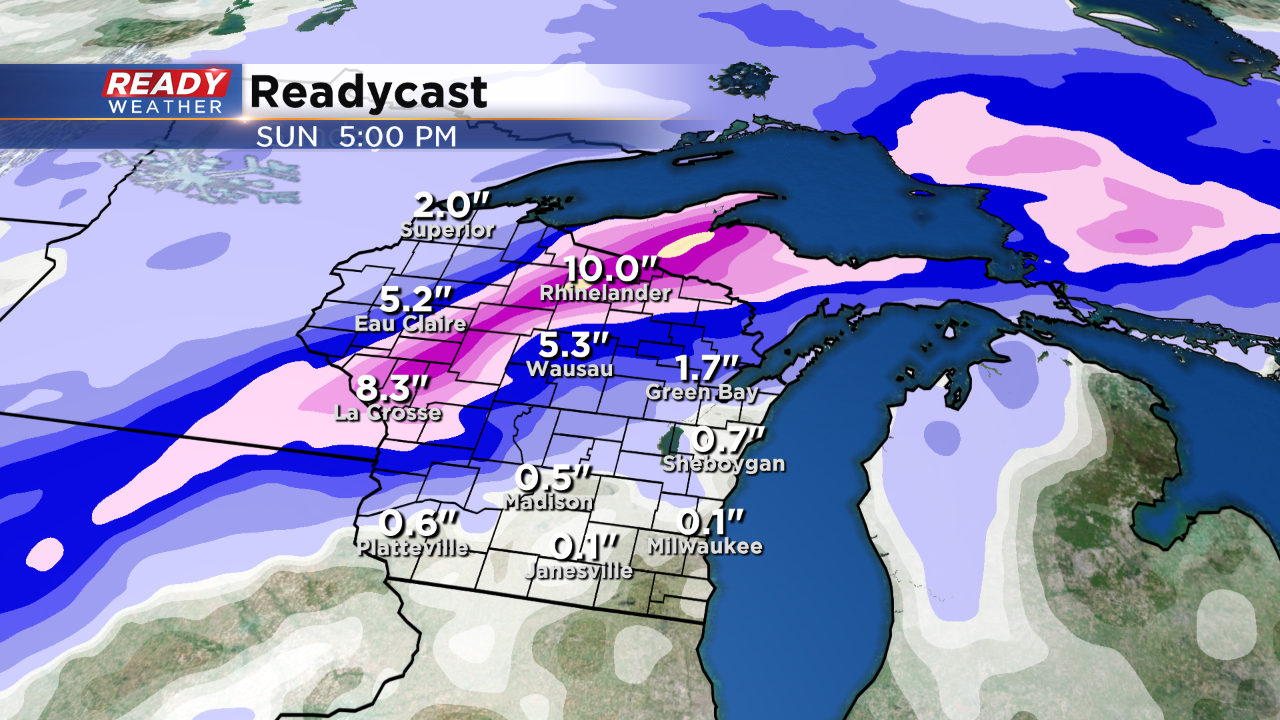 If you are travelling toward the northern or western part of the state look out for very heavy snow.  There will likely be  swath of 6" to 12" with this storm.  Some locally higher totals will be possible within that zone. 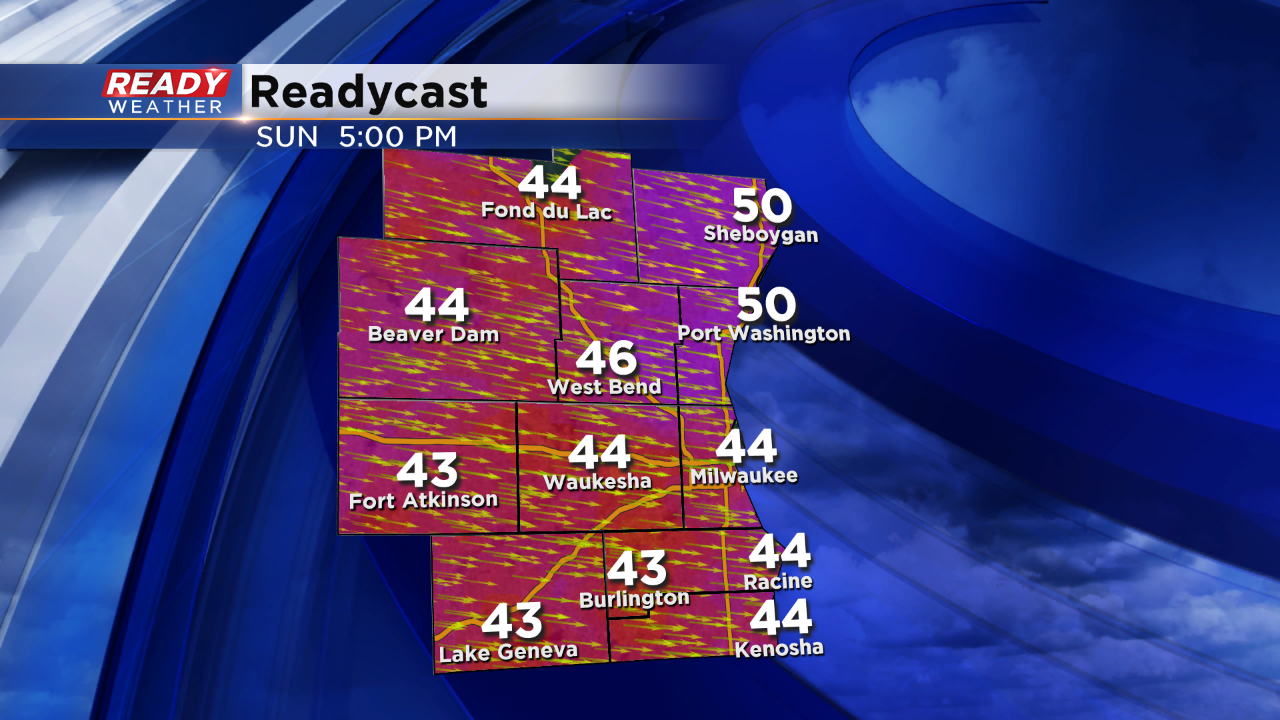 The biggest story of the weekend will be the winds Saturday night and throughout Sunday.  Wind gusts between 40 to 50 mph are possible.  Melting could create ice jams as well.