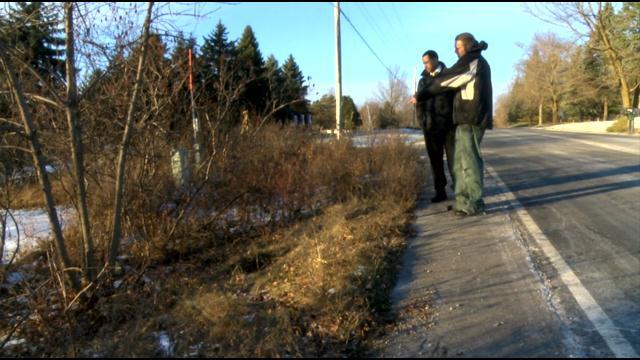 A West Bend man says a tow truck company charged him for their mistake.

Josh Opat told CBS 58 his small pick-up truck did a 180 while driving up the hill on Glacier Drive in West Bend last Saturday night, and went into a ditch due to icy conditions.

One of the tow trucks got stuck in a separate ditch right across the road from Opat's vehicle, and therefore the towing company had to call in more man power and use more equipment.

Opat says when he called the towing company on Monday to pick-up his vehicle; the bill jumped up to $960.

Opat says he's upset because the cost of complications became his problem.

\"Because they had three trucks out there, and the amount of time I took from other jobs they could be doing was my fault, and they sat at the bottom of the hill for two hours\", said Opat.

CBS 58 took these concerns to the towing company, and the shop manager Chris Walsh agreed to comment on the matter.

\"It's a hard situation, because we don't want to surprise anyone”, said Opat. “We don't want anyone to be upset with us.\"

Opat says after debating the cost with the towing company, he ended up paying $750.

\"I just needed one truck to get my truck out”, said Opat.

According to the Better Business Bureau, Walsh Towing and Recovery received an F rating.

Opat says he is planning to take legal action in hopes of getting some of his money back.

CBS 58 will have extended interviews with Opat, the towing company, and more information from the Better Business Bureau on this website.