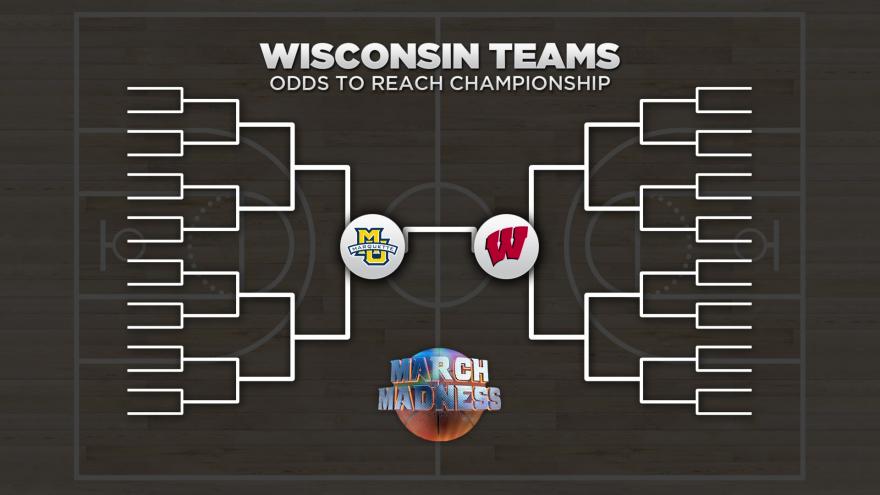 WISCONSIN (CBS 58) -- You've probably heard that the odds of picking a perfect NCAA bracket are worse than winning the lottery, but what do the odds look like for Wisconsin teams?

History has not been kind to the number five seeds. One loses in the first round almost every year and it's the only top 8 seed that's never won a national title. Although, just because it hasn't happened, doesn't mean it won't this time.

"I do have Marquette season tickets, so I go to those games," Professor Rowe said.

He crunched the historical outcomes of all 136 5 seeds in the first round since the tournament started including 64 teams.

If you're a fan of all Wisconsin teams, the odds at least one team - Marquette or Wisconsin - wins their first-round matchup is 88%. But how about the odds of a 5 seed winning two games and making the second weekend?

The odds at least one Wisconsin team plays in the Sweet 16 is actually about 57%, but it usually ends the second week for 5 seeds.

"Going from the Elite 8 to the next weekend the Final Four, it drops off."

There's only an 8.6% chance one of the teams will make the Final Four. Only three 5 seeds have ever made the title game, so historically, the odds of an all-Wisconsin championship would be about 1 out of 2,000.

A 5 seed has never won a championship, but of course, it's March and it's madness and anything can happen.

Marquette plays their opener on Thursday. U-W's first game is on Friday.

CBS 58 is holding our Tournament Challenge where you can fill out an NCAA bracket and win prizes, including a chance to win $1,000,000. To sign up, please click here.

The NCAA Tournament tips off Thursday on CBS 58.