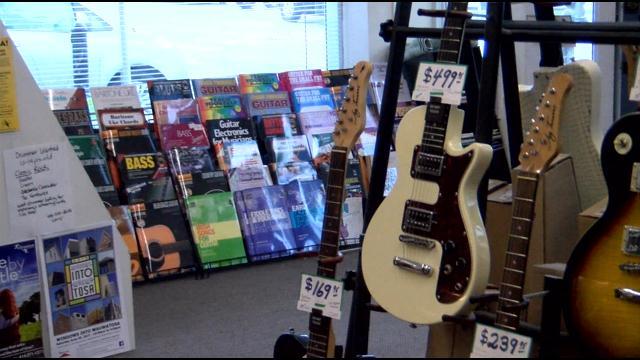 An icon in Tosa for the past 29 years, North Star Music closed its doors for the final time Saturday. Joe Moser has  run this store almost completely by himself since it's opening in 1986 and he says it's had a good run, but he's simply ready for a slowdown.

\"I have been thinking about it a long time,\" said Joe Moser, speaking of his retirement.

After 29 years of business, North Star Music is officially closed for good. The business has been a one man show, run by Moser since its start as a record store.

And it has been a success in this Wauwatosa neighborhood, changing with the times.

\"The records, tapes and cd's pretty much went away and then we ended up being pretty much a full line music store, focusing on guitars and acoustic instruments,\" Moser said.

His  close relationship with his customers has kept them coming back.

\"The thing that impressed me the most is when I told him I'm thinking about buying my first guitar and the first thing he asked me was like are you gonna have time to practice?\" said Marcel Berg, who was in the store Saturday to buy his son a guitar.

Kirkpatrick and Berg both brought their children in for one last walk down memory lane and one last guitar purchase.

\"This is something I'll never forget, me and my son starting our journey into guitarhood,\" said Berg.

Moser looks forward to some time off.

\"Maybe a vacation. I don't know what those are. Those are rare,\" he said.

He and store mascot Mona wI'lll be missing many.

\"What Il miss the most is the customers and friends I've met over the years,\" said Moser.

He says that all of the remaining merchandise is spoken for, but the store front does not yet have a new tenant. Meanwhile, his only plans now, are to relax.