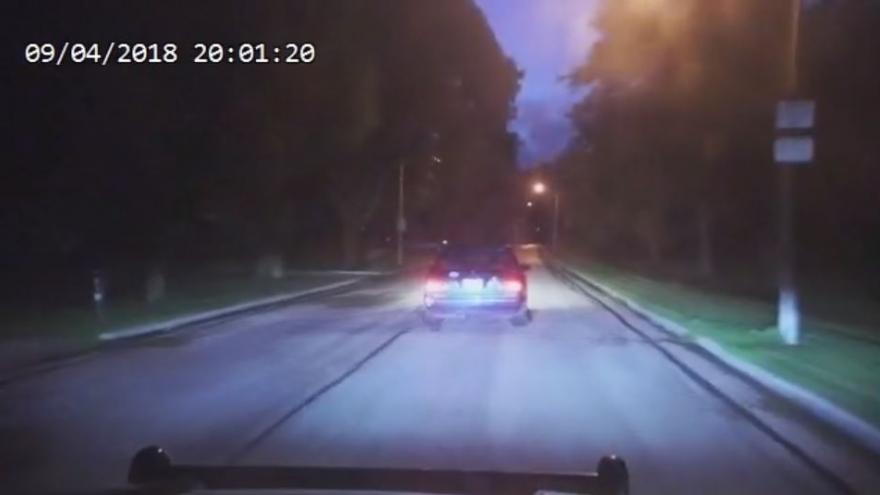 WAUWATOSA, Wis. (CBS 58) -- Wauwatosa Police say that on Tuesday, September 4 around 8 p.m. they were called to a home on Menomonee River Parkway for a homeowner who could hear burglary suspects inside their house.

The first officer arrived within one minute of the call and saw a suspicious car parked on the street outside of the house. A person standing outside of the car looked at the officer multiple times before opening the passenger door and getting inside.

The officer attempted to stop the car, but it started speeding to get away from police.

After failing to turn at a T-intersection the car crashed in a wooded area. The passenger got out of the car and fled on foot, but the driver revved the car's engine to try to get away multiple times and free the car.

A 56-year-old man and 54-year-old man, both with extensive criminal history, were arrested.