Tornadoes and floods pass in California, but recovery goes on 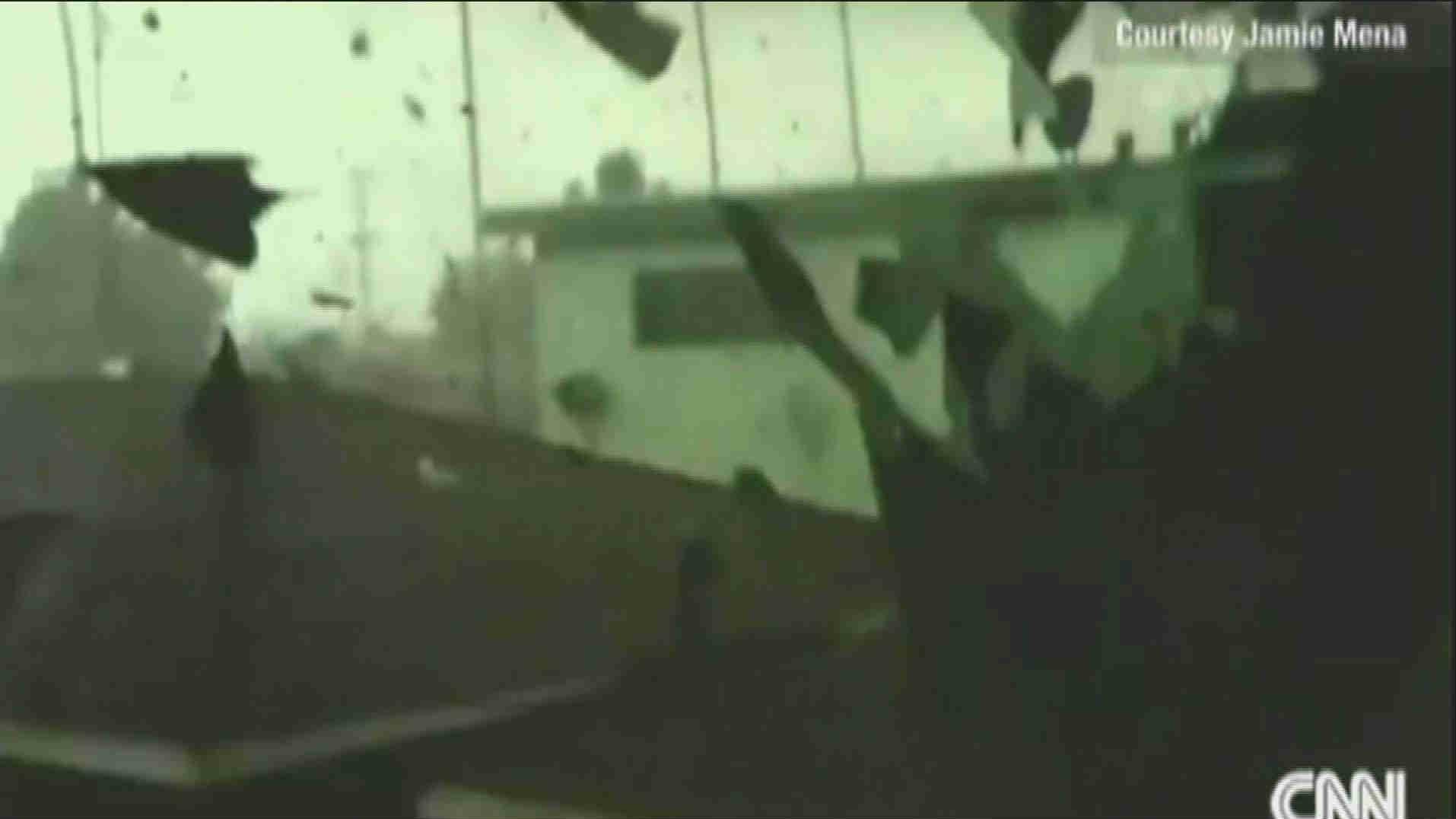 This is what a tornado looks like. But this isn't where you might expect it -- in Los Angeles.

\"It was crazy. It was crazy,\" Jamie Mena told CNN affiliate KABC, after shooting a video of bent-over palm trees and his rooftop flying off. \"... I am shaken up.\"

Before Friday, the last time a twister struck the typically sunny city was in 1983, slamming into the downtown Los Angeles Convention Center, though there have been a few tornadoes since then around the area.

It was the weakest caliber of tornado, but still caused plenty of destruction.

Then again, there's little normal about what has happened over the last few days in California, which -- along with the rest of the West Coast -- was socked by a fierce storm.

The images, like those captured by Mena, help tell the story -- from homes being washed into the sea in Washaway Beach, Washington, to the rockslides clogging California's scenic Pacific Coast Highway to shattered storefront windows in Los Angeles.

No one in California was killed, but falling trees killed two people in Oregon and left a third seriously injured, authorities said.

On Saturday, California saw lingering damage and sporadic power outages, but for the most part, the state had recovered, said Kelly Huston, deputy director of the California Governor's Office of Emergency Services.

\"Widespread outages are pretty much gone,\" Huston said Saturday. \"What we're seeing is the cleanup part of the process for us.

\"It was a bad storm for us,\" Huston said. \"Luckily, we didn't suffer as many of the impacts as we thought we might have.\"

California rescuers saved people trapped in a mobile home park, in the Los Angeles River and a few other spots.

Northern California got the worst of the storm Thursday, as evidenced by swaying Bay Area bridges, halted ferry and cable car services around San Francisco and blizzard-like conditions in the Sierra Nevada mountains.

On Friday, it was more Southern California's turn. Several spots in the region had record rainfall for the day, including 2.36 inches in Oxnard and 1.54 inches at Long Beach's airport.

A storm like this -- the biggest to hit the area in years -- leaves a big mess behind, from flooded roadways to damaged houses to lives disrupted or turned entirely upside down.

Thankfully, in California at least, the vast majority of the once 300,000 customers left in the dark now have their power back on. And Huston said that, as bad as this storm was, \"it was not quite as bad as we expected.\"

Even then, there's still a lot to do Saturday to get things back to normal. But this time, at least, Mother Nature should cooperate.

\"We're looking pretty good,\" Huston told CNN. \"We're hoping for some sunshine today here in California, and that will (help in) the cleanup process going on in several parts of the state.\"