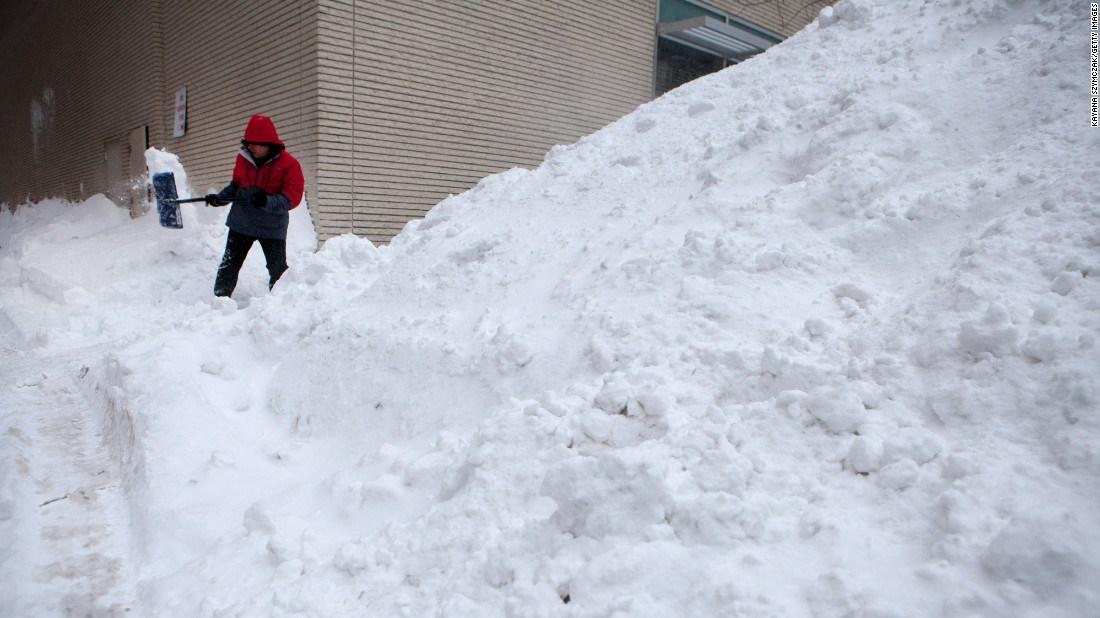 The Northeast and Midwest were hit really hard by Old Man Winter.  The snowiest was Sault Ste. Marie, Michigan with 158.7 inches.  This is four feet above its average to date.

Boston was ranked number 7th and got lots of attention.  The city received 110.3 inches, some 70 inches above normal.  Most of it fell between late January and mid February as well.

This particular list only incorporates non-mountain cities through March 21.

The winter was also about the cold in this general area.  February was also the coldest month on record for Worcester, Massachusetts.  Records were also set in Marquette, Michigan and Buffalo, New York.