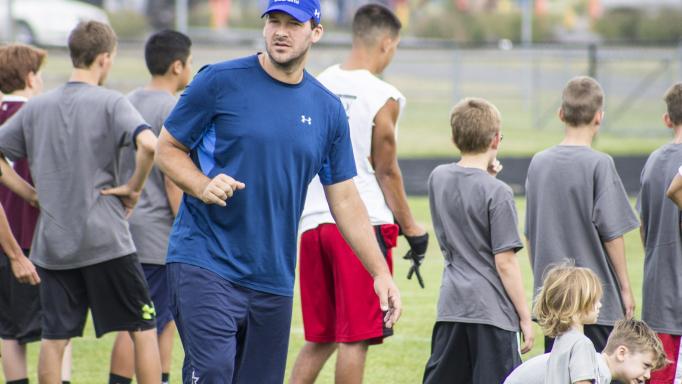 Dallas Cowboys Quarterback Tony Romo was back in his hometown of Burlington on Wednesday for his annual youth football camp, according to The Early Registration.

Romo said, "It's not just about teaching the game but sometimes it's just about giving high-fives."

He worked alongside coaches from Burlington High School's Football program.

Romo was accompanied by his brother, Hawkins.