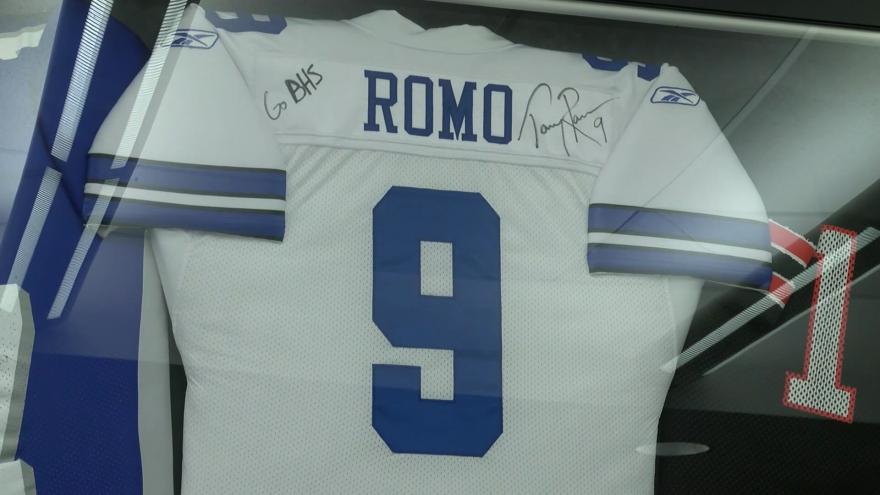 The Burlington native and former NFL quarterback is the subject of a new documentary.

It's a film about Romo's rise from Burlington High to Dallas Cowboys quarterback.

On Thursday, Tony Romo was out in Burlington, showing the next generation how to play football. But years ago, he was the kid on the field. That's what a new documentary about Romo is all about.

Tony Romo says he loves getting out every year and giving kids where he grew up the same love of the game.

"Kids just want to have fun and play," he said. "They're not engaging in deliberate practice and saying where my elbow should be. They're like, get out of the way. Tackle me."

Romo remembers when former high school players had the same effect on him.

"We had someone come back from Whitewater that was playing football. It was a big deal, and so I listened and hung on every word," Romo said.

He says the people he grew up with in Wisconsin helped make him the man he is today.

"They care about each other," he said. "And they stop at stop signs, they let the other person go. It's that simple sometimes."

On Thursday night an El Paso producer showed the film "Now or Never," about Romo's rise from Burlington to Dallas Cowboys quarterback, and now one of the best football announcers in the game.

"The big focus is on that foundation, that family behind him, and how that was a huge part of how he became Tony Romo and number 9 for the Cowboys," Director Chris Hanna said.

Romo was expected at the showing in Burlington Thursday night.

"Now or Never" is currently being pitched to film festivals and streaming services.