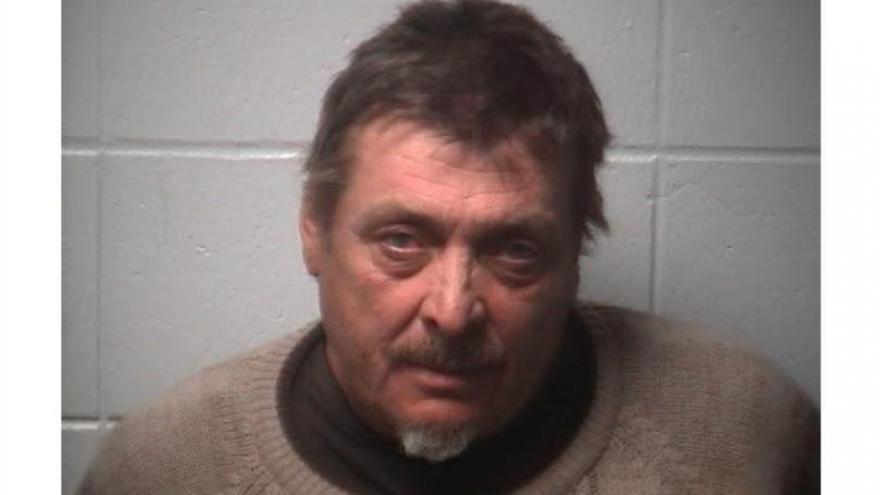 TOMAHAWK, Wis., (WSAW) A 57-year-old Merrill man is accused of stalking two teens and making an inappropriate comment to a 9-year-old girl.

Court documents filed Jan. 5, show in August 2013 a 15-year-old girl reported while working at a store in Tomahawk, Ver Kilen told the girl she had pretty blue eyes. The girl said the comment made her feel uncomfortable and she asked him to leave. The girl told investigators Ver Kilen stood there for a while, but did leave, only to return hours later.

The alleged victim said Ver Kilen then handed her a card that read, “Infant Quilt Making” and had directions to his home on the reverse side.

According to court documents, based on statements from the girl, Ver Kilen said the map was for “a good time”. The girl told investigators Ver Kilen continued to visit the store during the following weeks and when he would do so, she would run and hide.

In a separate allegation, the mother of a 9-year-old girl told investigators she asked Ver Kilen to stay away from her children after her daughter went to Ver Kilen's property to retrieve her dog. According to court documents, Ver Kilen placed a note on his porch that read “Don't tell your mom, but when she leaves for work come over”, next to two condoms. During an interview with deputies, Ver Kilen said he could place whatever he wanted on his porch. The woman said following the confrontation Ver Kilen put up a swing set and put bikes in his front yard.

A third girl told investigators while working at a store in Tomahawk Ver Kilen made a comment about her not being 18 years old yet. The girl, who was 16 in January 2016, said Ver Kilen would continue to visit the store several times that month while she was working and would follow her around the store. The alleged victim said on Jan. 16, 2016 she found a note, she believed that Ver Kilen had left, that read, “You should come over think that you could find your way”, with directions.

In November 2016, investigators executed a search warrant at Ver Kilen's house. Inside they discovered notes with sexually explicit writings and a card that included directions to his home.