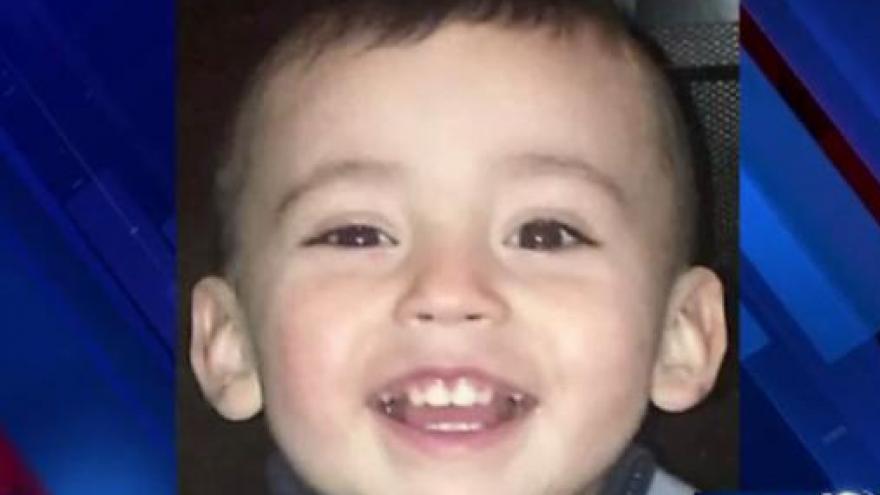 WICHITA, Kan. (CBS) Police are investigating after the body of a small child was discovered encased in concrete inside a rental home in Wichita, Kansas.

The Wichita Eagle reports that the landlord was cleaning the house Saturday when he found a concrete structure and noticed an odor coming from it.

Police removed the structure and discovered the remains of a child, possibly 3 years old, inside. One neighbor who spoke to CBS Wichita affiliate KWCH said the structure looked like a small coffin and was very heavy. He said authorities used a forklift to remove it from the home.

An Associated Press reporter has left phone and email messages with Wichita police for information about the structure.

The child's death is being investigated as suspicious, the Eagle reports.

Police say a 40-year-old man and 35-year-old woman who lived at the home were arrested last week on separate charges associated with a child custody case. The man was also charged with aggravated assault, reports KWCH. Both are being held in the Sedgwick County Jail.

Police have not said if that man and woman are suspected in the death of the child.

Police say they have tentatively identified the child, but an official identification will be released through the Sedgwick County Medical Examiner.

A flyer recently passed out in the area around the home identifies a missing 3-year-old child. The flyers were shared on social media with people pleading for the child's safe return.

Neighbor Toni Freund told the Eagle that she and other neighbors said they had never seen a young child at the home.

"It's definitely a tragedy," she said.