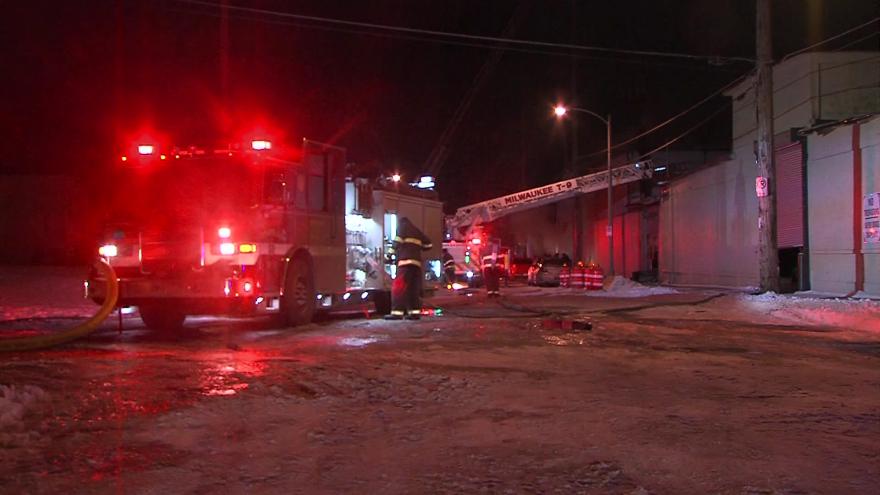 MILWAUKEE (CBS 58) -- Some homes on Milwaukee's north side have no power as firefighters continue to battle a large fire.

The fire started in a tire recycling plant near 32nd and Hadley. There was a total of 80 firefighters on scene battling the 3-alarm fire.

We Energies says they shut off natural gas to the building and had to cut power to about 50 customers to make things safe for firefighters.

They are working to get power back to some of those customers now but about 25 homes will be without power until firefighters are done here.

The Assistant Chief says they'll be on scene at least a few hours because the rubber makes the fire hard to put out.

"What it is is they shred up all tires so now you get all these pellets and now it gets deep-seated inside those pellets that create an extinguishment problem of sorts so it's just making sure that we can get access and we can get water on it and put the fire out," said Asst. Chief Brian Smith.

Tires Express was open when the fire broke out but all of the employees were able to get out safely.