Tire Blowout Leads to Fatal Accident on I43 in Mequon 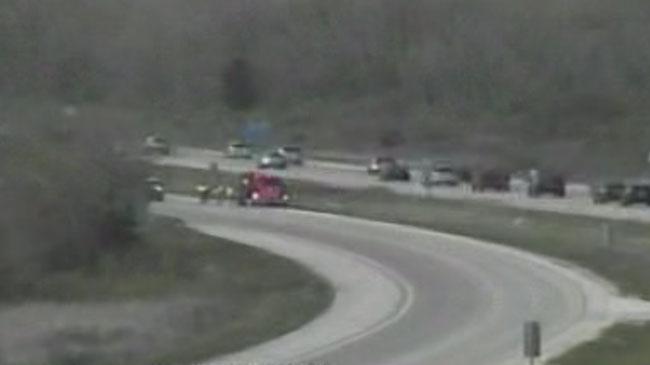 A fatal accident occurred on I43 northbound north of Mequon Road in the city of Mequon.

The accident happened around 2:24pm on Monday, according to Ozaukee Sheriff’s Office.

The Ozaukee Sheriff’s Office responded to the report of a single-vehicle rollover accident on I43 northbound north of Mequon Road in the City of Mequon.

Initial investigation revealed that Marco A. Garcia Chavez of Milwaukee was driving a 2004 Blue Chevrolet Trailblazer.

Witnesses reported that the vehicle’s tire blew, causing the driver to lose control.  The vehicle rolled over and struck the median barrier and came to a final rest in the southbound lanes of I43.

Marco Garcia Chavez and the front seat passenger identified as Jose D. Rodriguez of Milwaukee were transported via ambulance to the hospital with non-life threatening injuries.

The female passenger seated in the rear seat was ejected from the vehicle and died as a result of her injuries.

The accident is still under investigation.  The name of the deceased passenger will be released after notification is made.