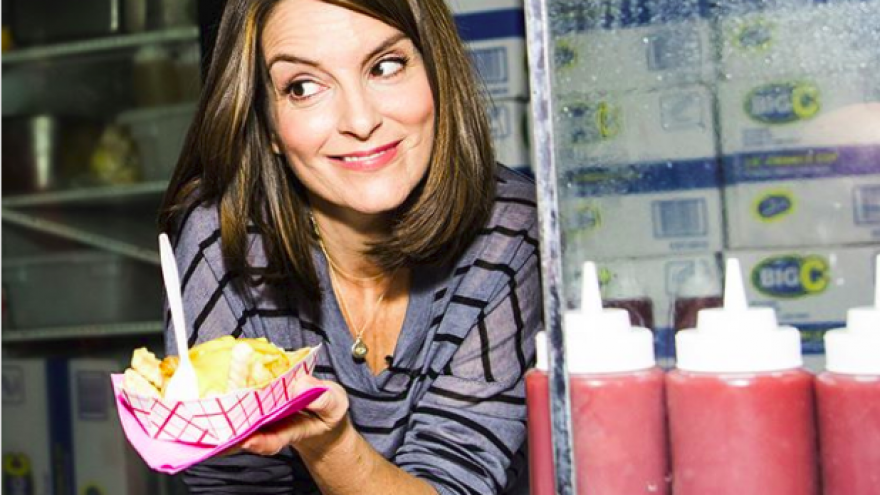 Tuesday marks Oct. 3, which is also known as "Mean Girls" Day, thanks to a famous scene from the movie. Tina Fey celebrated by passing out free cheese fries in New York.

The scene in "Mean Girls" goes like this: "On Oct. 3, he asked me what day it was," Lindsay Lohan's character, Cady Heron, says in a voiceover about her crush Aaron Samuels.

"It's Oct. 3," she tells Aaron. The scene has since become a meme and pop culture reference.

It makes sense, then, that the people behind "Mean Girls" on Broadway picked Oct. 3 as the first day of ticket sales, with Fey on hand. The "SNL" vet adapted the story from her screenplay, on hand. Fey, who also played teacher Mrs. Norbury in the movie, handed out Sweetery fries from a "Mean Girls" food truck to fans waiting to buy tickets at the August Wilson Theatre box office.

Cheese fries, of course, are a reference to Regina George's classic line in the movie: "Whatever, I'm getting cheese fries."

It's unclear how long Fey will stay on the truck, but fans can at least grab cheese fries at Union Square West between 16th and 17th Streets starting at approximately 3:30 p.m. The truck made a stop earlier at 43rd Street between 7th and 8th Avenues.

The show begins previews at Broadway's August Wilson Theatre on March 12, 2018 with an opening set for April 8. It will make its world premiere at The National Theatre in Washington, D.C. The show will run from Oct. 31 to Dec. 3.