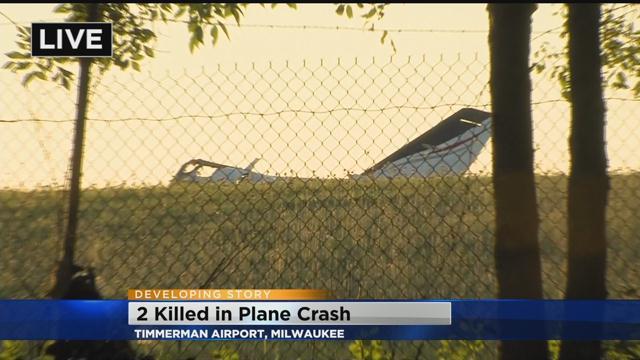 A preliminary report from the National Transportation Safety Board says that an aborted landing triggered the events that led to a deadly plane crash at Milwaukee's Timmerman Airport last month.  The report says the pilot was attempting to land, but the propellor of the plane struck the runway about 22 times.  The pilot then tried to bring the plane back up into the air, and the aircraft stalled, crashed and caught fire.

The crash killed both occupants of the plane, 53-year-old Joseph Trustey and his 18-year-old daughter Anna.  A final report on the crash will be released in the coming months.