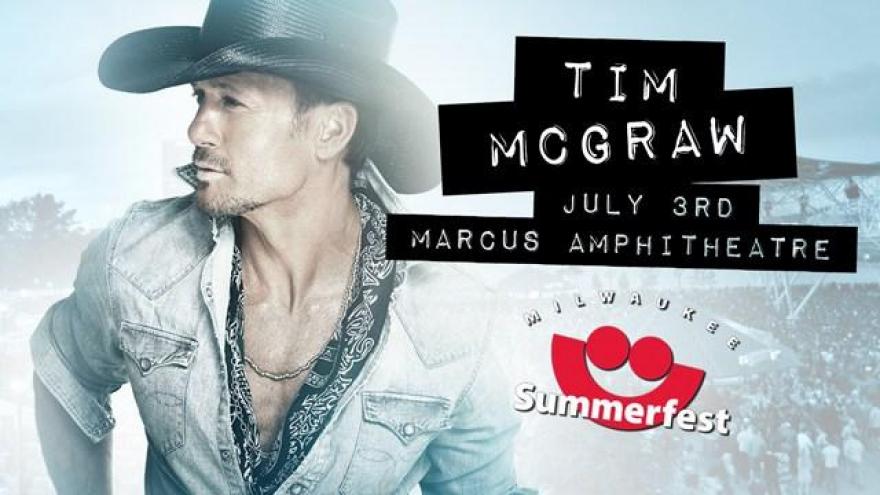 GRAMMY Award winner Tim McGraw will be the headliner at the Marcus Amphitheater on Sunday, July 3 during Summerfest.

McGraw is one of the biggest names in country music. He's sold more than 40 million records worldwide. He's also recorded 36 number one singles.