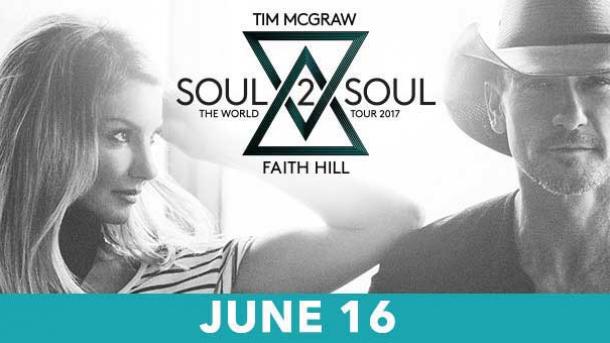 Tim McGraw and Faith Hill just announced their new "Soul2Soul The World Tour 2017" will make a stop in Milwaukee on Friday, June 16, 2017 at the BMO Harris Bradley Center. The 65-city tour celebrates the 10th anniversary of the record-breaking "Soul2Soul II" tour, the highest-grossing country music tour of all time, and the first time Faith Hill has toured since 2007.

A limited number of pre-sale tickets will be available Wednesday, October 19 at 10:00 AM with code 20YEARS.