Ticket sales down for Southwest Airlines after fatal accident 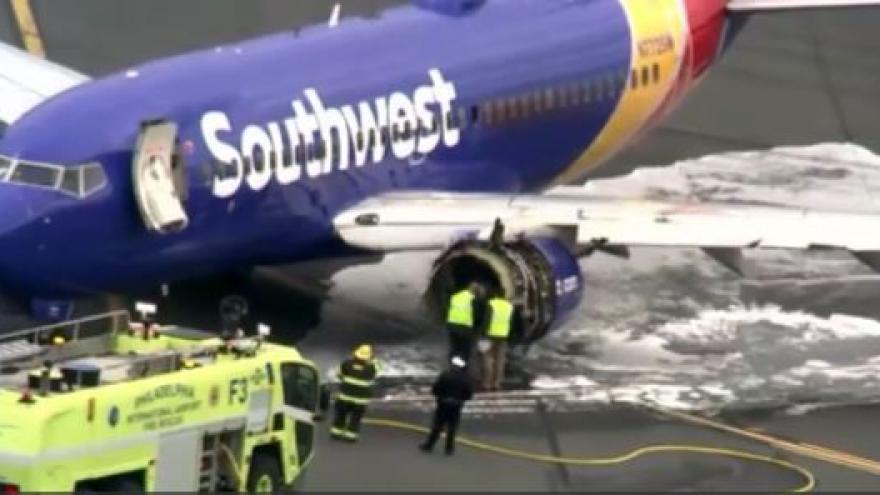 Revenue from each seat flown a mile—a measure of pricing power—will fall 1 percent to 3 percent in the current quarter, Southwest said in a statement Thursday. The discount carrier attributed as much as 2 percentage points of its softer sales on an in-flight engine explosion that killed a female customer last week.

"It remains a somber time," CEO Gary Kelly stated, adding that Southwest is working with federal investigators to understand the cause of the accident that had a piece of the engine tearing through the plane's cabin and killing a passenger.

Already down 18 percent for the year, shares of Southwest fell 3 percent in early trading Thursday.

Revenue rose 1.9 percent in the first quarter to $4.9 billion, with a cut in its federal income tax rate "significantly" boosting first-quarter net income, Southwest reported. Southwest's first-quarter profit of $463 million was bolstered by a 28 percent drop in income taxes paid in the year-earlier quarter.

The increased revenue came even as Southwest reported an almost 5 percent decline in the price of an average one-way ticket to $146.33. But Southwest carried 6 percent more passengers in the first quarter, with the average flight 81.5 percent full, versus 79.9 percent of seats filled in the year-ago period.