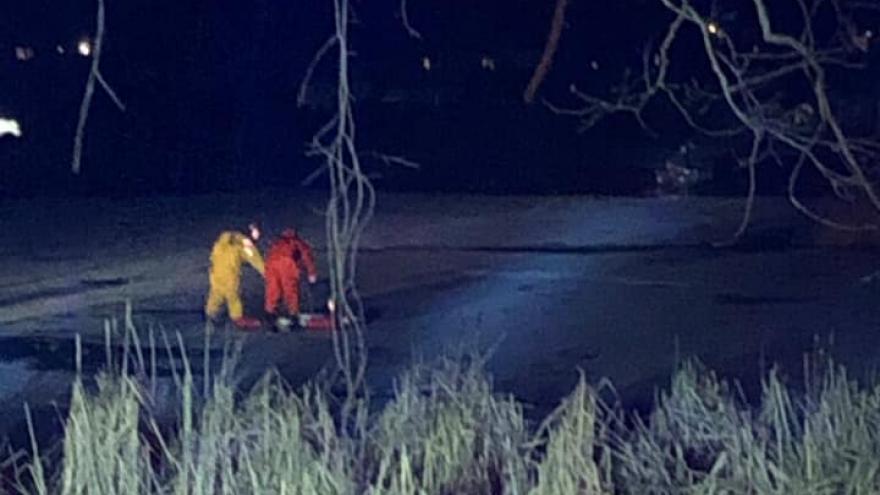 RACINE COUNTY, Wis. (CBS 58) -- The Tichigan Volunteer Fire Company rescued two people who fell through the ice over the weekend.

According to Tichigan Fire and Rescue, an ATV and driver fell through the ice approximately 325-feet from shore.

It happened shortly before 6 p.m. on Sunday.

Upon arrival, crews found two people sitting on an argo that broke through the ice and was floating in the water.

Crews deployed two people dressed in gumby suits along with an ice rescue sled to rescue the two individuals.