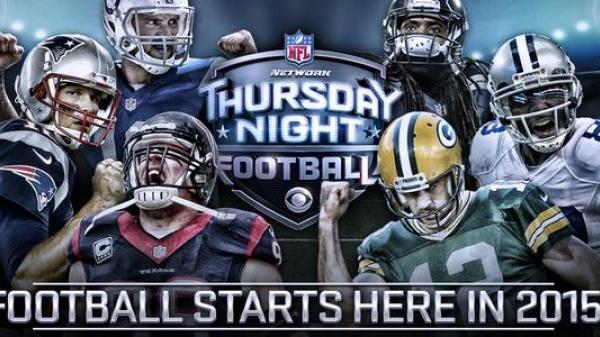 NEW YORK (CNNMoney) -- Thursday Night Football will have a home on CBS for at least one more season.

On Sunday the network and the National Football League jointly announced an extension of this season's deal.

It's a pretty clear win-win for all sides: CBS Corporation, its stations and the NFL all saw strong ratings for the telecasts last fall, despite the presence of many lopsided games.

\"We are pleased to extend our partnership with CBS for Thursday Night Football,\" NFL commissioner Roger Goodell said in a statement.

Much like the 2014 arrangement, CBS will simulcast the first eight games of the Thursday night slate in cooperation with the league-owned cable channel the NFL Network. The latter eight games will still be exclusively televised on NFL Network.

Also like the 2014 package, the agreement is for one season, with the NFL holding the option for additional year. This means that the league could award the TV rights for the 2016 season back to CBS -- the highest-rated broadcast network -- or make it available for other networks to bid on.

The terms of the (surely very lucrative) deal were not disclosed.

The NFL has become increasingly important to broadcasters like CBS; football matchups are some of the most reliable sources of big, live ratings.

CBS Corporation CEO Les Moonves said Sunday that \"the benefits of Thursday Night Football are evident across our corporation.\"

He said the NFL \"continues to be the best premium content in the business, and we look forward to another year of our expanded partnership.\"

If the return of Thursday Night Football isn't enough for CBS, it will also conclude its 56th year broadcasting the NFL with Super Bowl 50 on February 7, 2016.