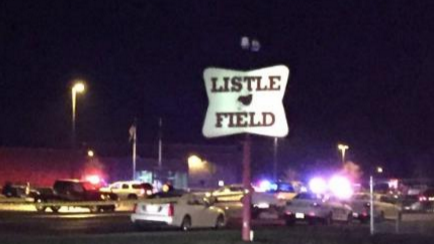 UPDATE -- The Antigo Police Department has reported that at 1:06 a.m. the lone male shooter, Jakob E. Wagner, 18-years-old, passed away after lifesaving measures at a nearby hospital. One female victim was treated for a gunshot wound at the hospital and released. One male victim is currently undergoing surgery for non-life threatening injuries.

The initial investigation and officer response indicate this was a lone shooter and a search warrant is being executed at his residence seeking any additional information pertaining to this incident.

The shooting happened outside the high school building around 11 p.m., near the end of the event.

Antigo Police Chief Eric Roller said several officers were already on school grounds providing security for the event. One of the officers patrolling the parking lot heard the gunshots and immediately fired at the shooter, stopping the threat, Roller said.

"At this point, we feel that we have the subject in custody that was a threat. The community is safe at this point," Roller said. "We’re also looking at the victims and hope everything comes through okay with them."

The male suspect is in custody. Roller said the suspect’s relationship with the two victims, as well as the motive behind the shooting is not yet known.

It also isn't known whether the suspected shooter is a current or former student.

The two victims and the suspected shooter were treated at Aspirus Langlade Hospital. Their conditions have not been released.

Chief Roller acknowledged that his department has trained for active shooter situations and held drills in partnership with the school district.

"We regularly train for these situations through the [high] school and we use the different buildings of the school district," he said.

Traffic to and from the high school was restricted in the hours immediately following the shooting. By 3 a.m., Roller said all remaining students attending the prom had made it home safely.

"We were able to escort them out of here safely and they’ve all been returned to their families," Roller said.