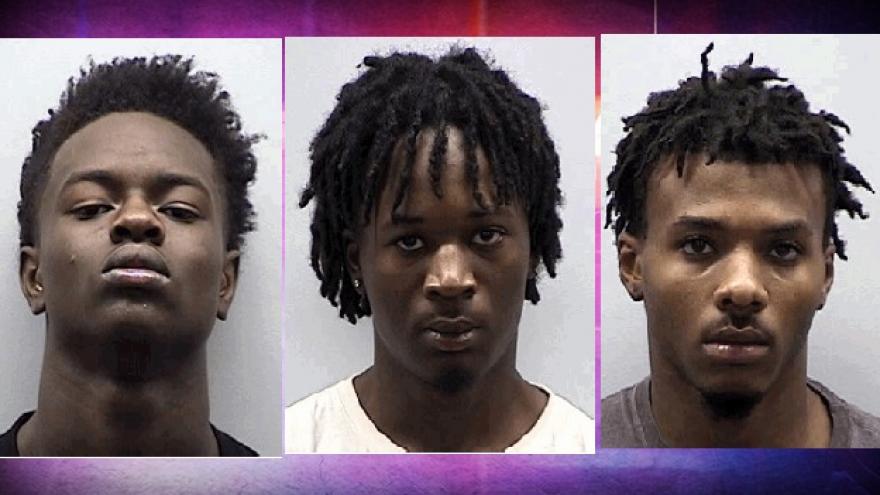 Officers were called to the Walmart store located at 1220 Thiel Street shortly before 2 a.m. on Wednesday for a report of several individuals who had fled the store with stolen property in a silver, four-door vehicle.

Officers attempted to stop the vehicle which was traveling in gross excess of the posted 25 mph speed limit. The suspects were allegedly tossing stolen items from Walmart out the window of the vehicle.

The total distance of the pursuit was 16.36 miles.

A Walmart employee told police that a group entered the store being loud and rowdy. Employees then noticed the suspects kicking the locked case containing the Xbox units. As they began to walk to that section, the group ran out the front door with stolen merchandise.

The Walmart property stolen was valued at $915.94 and the damages done to display cases was an estimated $600.00.

The three suspects will appear in court on October 12.