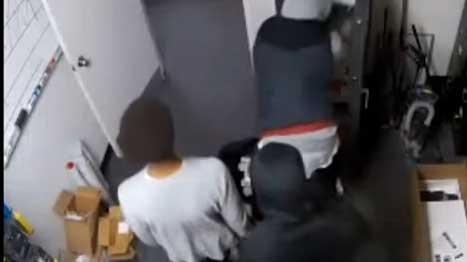 Three men are suspected of robbing the Verizon Wireless store at 300 East Wisconsin Avenue around 1:15 PM on November 24.

Milwaukee Police are asking for the public's help in identifying them.