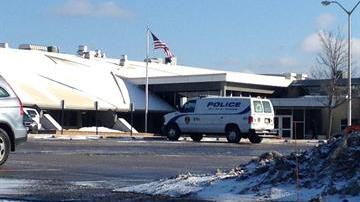 SAINT FRANCIS -- Classes at St. Francis High School have been canceled for the day because of a threatening message.

The St. Francis School District tells CBS 58 News that a threatening message was discovered at the high school Tuesday morning just before classes were scheduled to begin. Students were present when the threat was discovered, and students and school staff were evacuated.

St. Francis police and the Milwaukee County Sheriff's Office responded to this incident. At least three canine units went inside the school to search for dangerous devices. There have been no reports of any dangerous devices found.

Stay tuned to CBS 58 for updates.