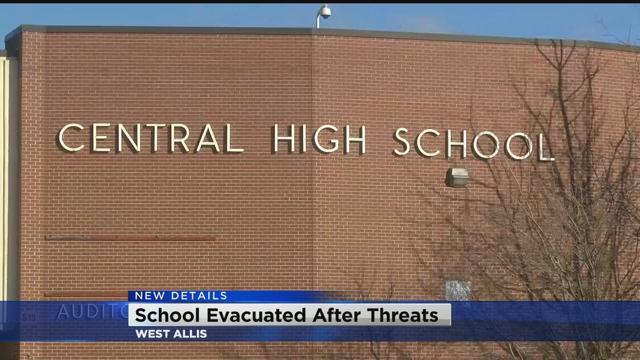 A bomb threat has been called into the West Allis Central High School and all classes have been cancelled for the day.  CBS 58 received the following news release from the West Allis-West Milwaukee School District.

At approximately 8 AM today a bomb threat was called into Central High School. The caller stated that there was a bomb inside the building.  School administrators followed the district’s emergency protocol plans and immediately evacuated the entire school to the identified evacuation site.

After discussion with the West Allis Police Department and an estimate of time needed to sweep and secure the building, it was decided to release students from the evacuation site at Mt. Hope Lutheran Church to their parents. Students will be available for pick up at Mt. Hope after 9 AM this morning.  Students will be dismissed and reunited with parents according to district protocol. Classes are cancelled for the day at Central High School.  West Allis police will continue to be on site at Central and to conduct a complete inspection of the building.

The safety of students and staff is our main priority and we take all threats like this in a serious manner.