Thousands Turned Away at Trump Rally 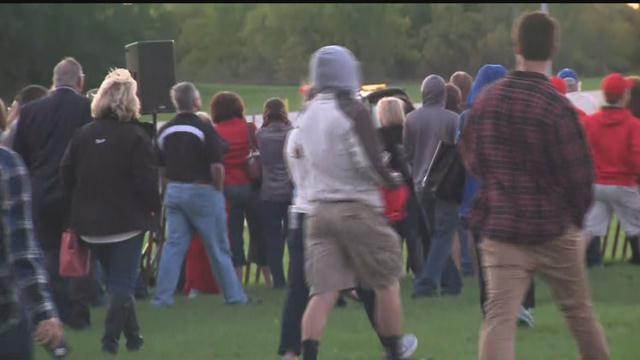 Thousands of people were turned away at Trump's rally in Waukesha on Wednesday after the Expo Center hit capacity.

Many of those turned away were not upset. Instead they were calling it a good thing that Trump has so much support here in Waukesha County

The Expo Center seats only 1500 so a council member here in Waukesha said this was a sure thing that people would be turned away.

They just weren't sure how many people.

The Trump campaign tells us that number is 4,000 ticketed people that were turned away just before 5:00 PM.

Many of those people left but some stayed to hear trumps address which was played on speakers here outside the center.

One man said he drove from the Chicago suburbs. He said he was not angry he didn't get in but wishes the Trump campaign would had held the rally at a bigger venue

No word yet from the Trump campaign on why so many tickets were given out to an event with such a small capacity.