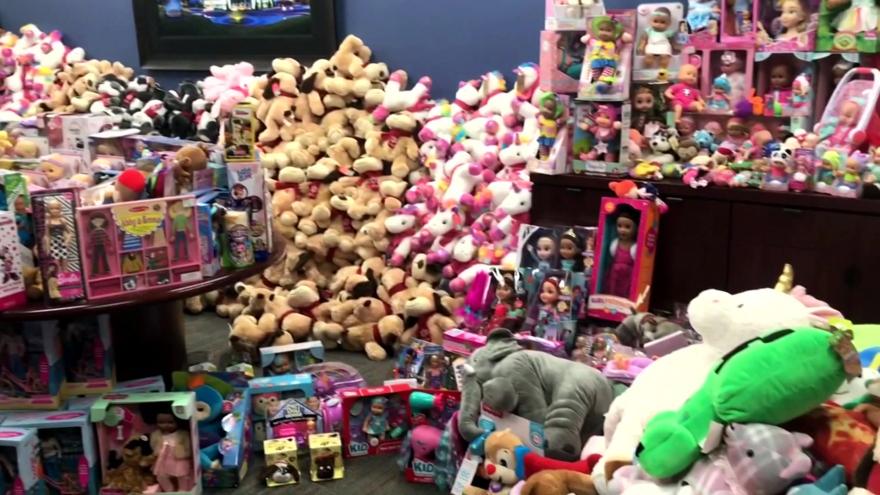 OZAUKEE COUNTY, Wis. (CBS 58) -- Ozaukee County first responders were just some of the people who delivered thousands of toys in Grafton on Saturday.

It was for the Kapco's Kids 2 Kids Toy Drive.

Inside was a 'North Pole' display of the expected 20,000 toys. Those toys will eventually go to the Salvation Army Toy Shop and dozens of other charities.

"It's a great teachable moment for everybody as a parent to kind of turn inward to our kids and talk to them a little bit about giving back," said Jim Kacmarik, President of Kapco Metal Stamping.

Kapco says thousands of kids do the donating through schools or families.