Thousands of gallons of milk spilled on roadway in Dodge Co. crash 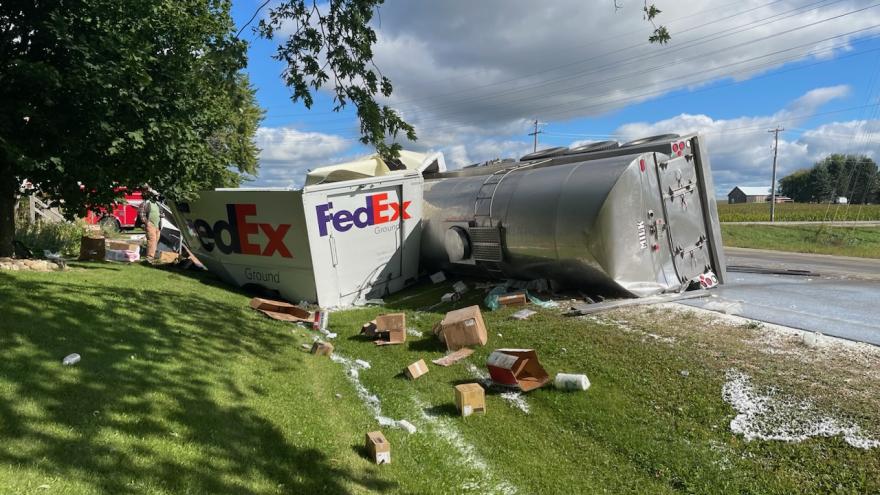 The crash happened around 9:45 a.m. at the intersection of County Highway N and P in the Township of Rubicon.

According to the Dodge County Sheriff's Office, a FedEx van failed to yield to a milk truck and they both collided in the intersection.

Both drivers were taken to the hospital for injuries.