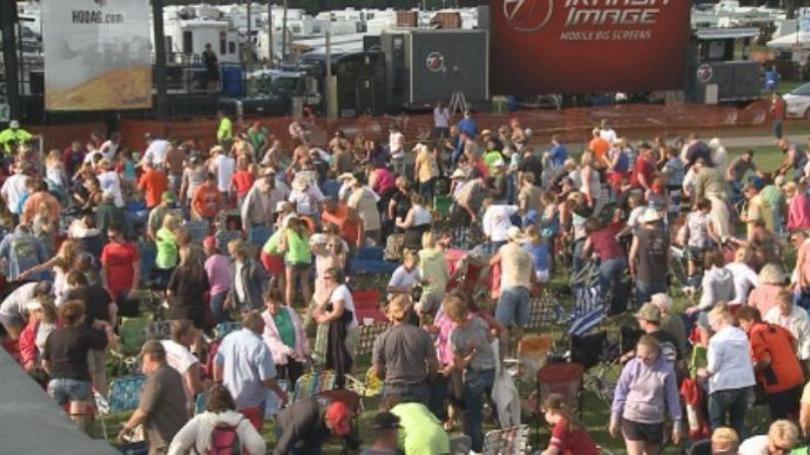 The festivities kick off Wednesday evening as fans claimed their spots during the “chair line'. The object, of course, is getting as close to the stage as possible. Thousands lined up in three groups before organizers pick one group at random to claim the first spaces.

The festival begins with Marty's Party Thursday at 5 p.m. If you didn't get a seat, don't worry, staff said there are still tickets and campsites available.

2016 is the 39th year of the Hodag County Musical Festival.