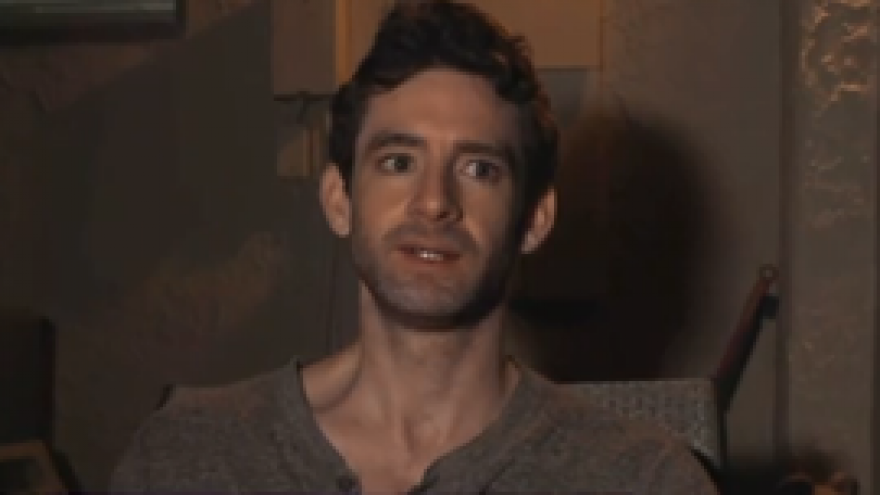 Thousand Oaks, California – once considered one of the safest cities in America – is grieving the loss of 12 people gunned down at a bar filled with college students. Hundreds gathered Thursday night to remember those who lost their lives in Wednesday night's shooting at Borderline Bar & Grill.

According to authorities, the shooter was 28-year-old Ian Long, a former Marine combat veteran who had been stationed in Afghanistan. Police said Long used a .45-caliber Glock handgun with an illegal, extra-capacity magazine, first shooting a security guard outside the bar. Witnesses said he deployed smoke bombs before going in and aiming at employees and customers, reports CBS News correspondent Carter Evans.

Todd Stratton, who was at the bar with two friends who died, said he was in "disbelief" because he's known Long for years.

My friend killed my other friends, and I was just there to see it all happen," Stratton said. "I didn't think that he was the type of person that would do this, and I don't understand it."

On Thursday police searched the home Long shared with his mother. There were rumors Long suffered from PTSD. Long's high school track coach said he physically assaulted her his senior year, but she never filed charges.

"There are hundreds of thousands of people with PTSD. They don't go around shooting people. This kid was mentally disturbed in high school," Dominique Colell said.

At the vigil, hundreds joined in song inside the Thousand Oaks Civic Arts Plaza while an overflow crowd gathered outside to remember those who were lost.

Miriah Piasecki said two of her best friends were killed.

"It feels like a dream, and I wish that I can just wake up from it and hear from both of them again," Piasecki said.

Gunfire can be heard in dramatic cell phone video recorded during the attack. Police said the gunman appeared to fire at random.

"They ran out of back doors, they broke windows," Ventura County Sheriff Geoff Dean said. "Unfortunately, our young people, people at night clubs have learned that this may happen."

In a Facebook update attributed to Long by CNN, which said it was posted around the time of the shootings, he writes: "I hope people call me insane (laughing emojis).. wouldn't that just be a big ball of irony? Yeah... I'm insane, but the only thing you people do after these shootings is 'hopes and prayers'.. or 'keep you in my thoughts'... every time... and wonder why these keep happening..."

Long had a run-in with law enforcement earlier this year. Deputies were called to his home in April after neighbors reported yelling and crashing sounds. Long was cleared by a mental health specialist who felt long did not need to be taken in for evaluation.

There's no word on when the Borderline Bar, which is still an active crime scene, will reopen.