"They had a Good Season but Enough's Enough:" Fans React to Marquette Loss 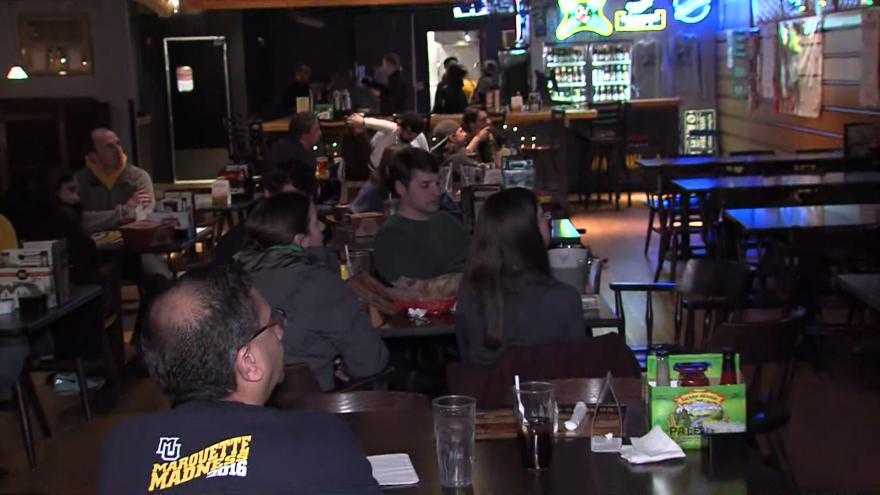 MILWAUKEE - Marquette fans excited for the game but as expected, not so happy with the outcome.

Marquette University hosted a watch party for people to cheer on the team. Dejected, upset, sad - just some of the adjectives fans used to describe how they're feeling after that game. It was a roller coaster of emotions throughout the 40 minutes.

We heard lots of cheering, clapping, and saw some finger biting as all eyes were glued to the TVs inside the Union Sports Annex on campus. Not a big crowd on hand, about 30 people, but it sure got loud when the Golden Eagles scored. They never trailed in the 1st half.

On the other hand, missed shots, turnovers, and mistakes led to frustration among Marquette faithful.

You could feel the energy level getting less and less when the team couldn't get in a rhythm in the 2nd half and South Carolina pulled away for the win.

Fans are happy the team made it this far but say changes need to be made for next year.

"I think we need to make a coaching change because I've seen too many games where we came out second half and nothing changes and we get blown out, and that's what happened tonight. I'm happy they made the tournament, they had a good season this year but enough's enough," said Marquette alum Edward Gaus.

Marquette ends the season with a 19-13 record.