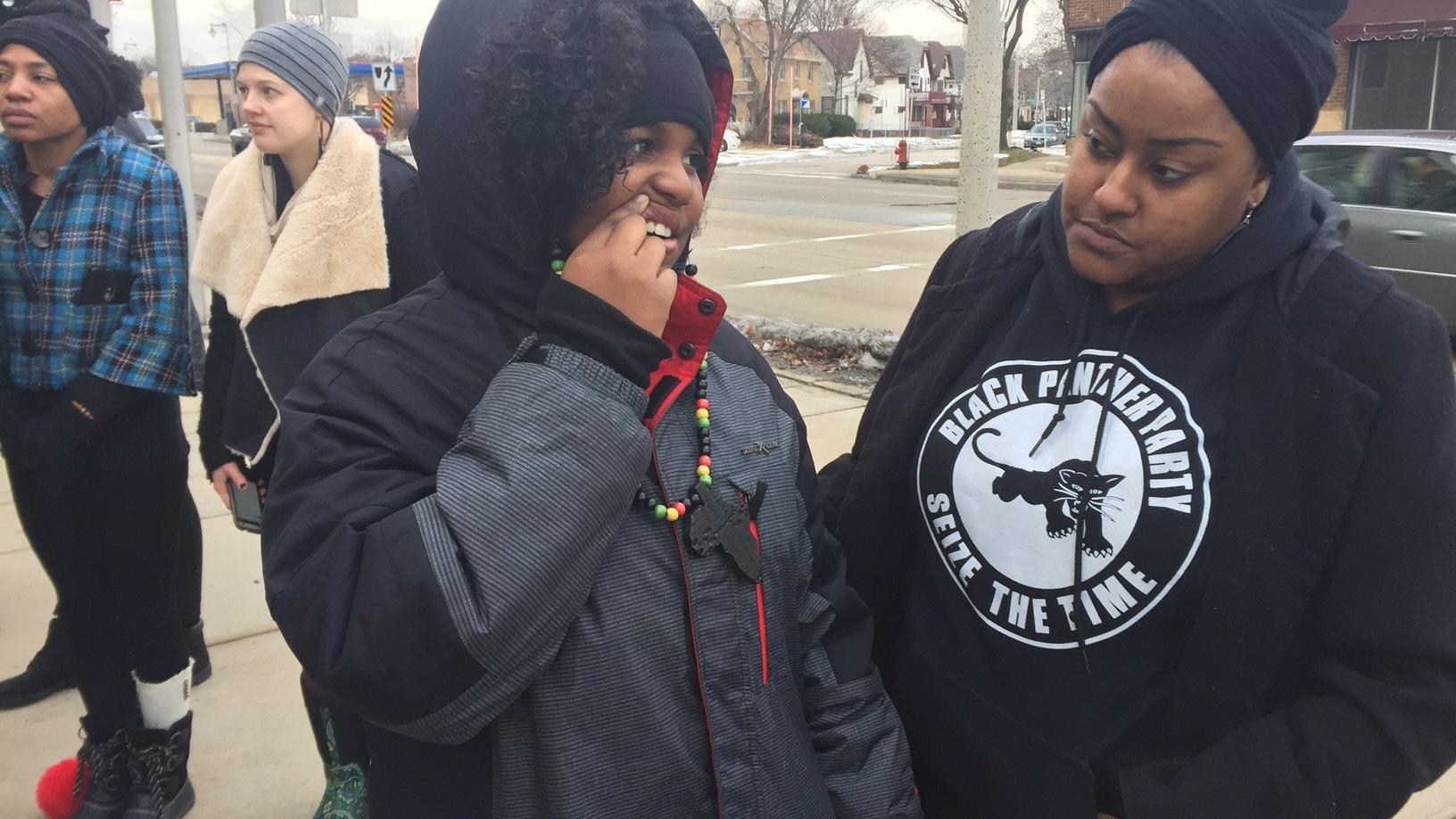 The Milwaukee Revolutionary Black Panthers are calling for charges against an officer they say struck a 10-year-old girl in the face.

The claim stems from an incident on Wednesday, as a number of armed Black Panther members held a food pantry program near 27th and Fond du Lac.

That's when the group says officers moved in, and unlawfully took a man's weapon.

"MPD chose to escalate the situation to incite and provoke us into use of our weapons," says Vaun Mayes.

Milwaukee Police say they arrested a 21-year-old man with an open warrant. His weapon was confiscated.

During that arrest, the Black Panthers say 10-year-old Nya Bryant was injured.

"When the officer pushed general Jamal against the wall, I went over to mom and dad because I was scared. And I looked at him, and he saw me, and then he elbowed me in the mouth, and he said I should be more careful," says Nya.

Her mother wants the incident investigated by body cameras worn by officers.

"I would like charges filed against that officer, and I want justice for my child," she says.

District 3 leadership reached out the family of a juvenile who was allegedly injured during the disturbance to investigate the allegations, but the family has yet to contact police.