The Ups and Downs of December Weather 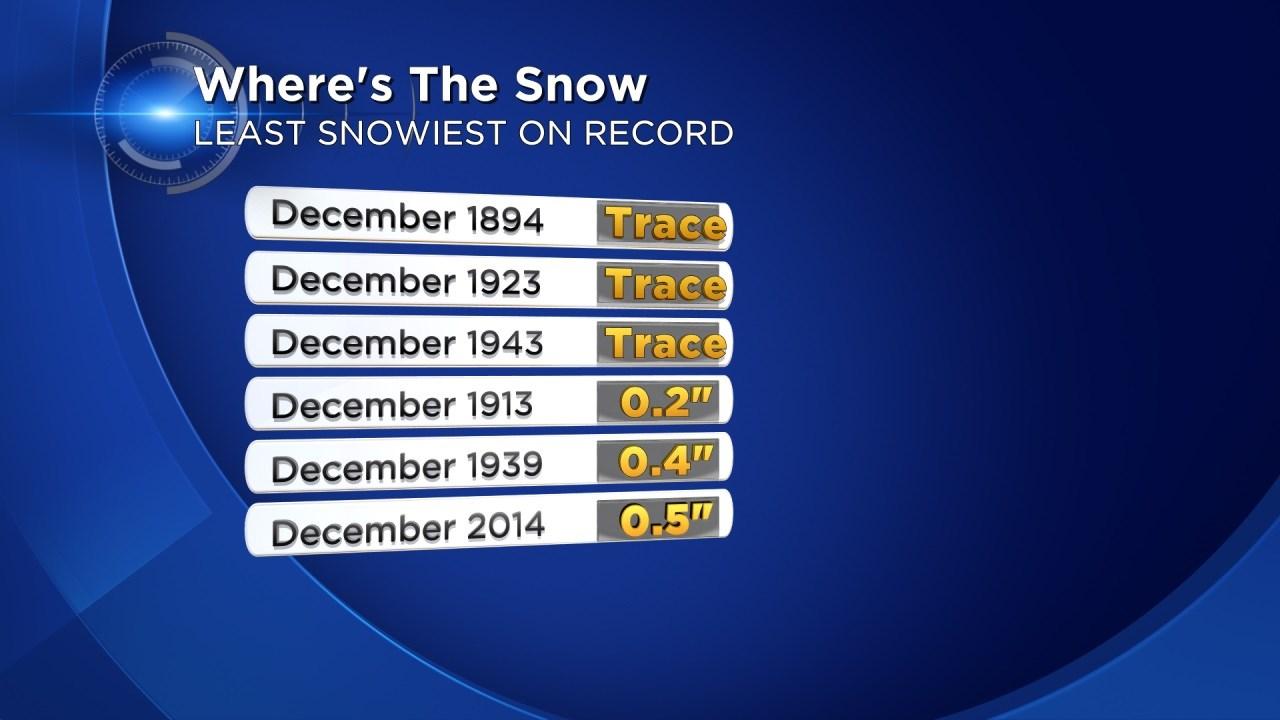 Thinking back to last winter seems like a bad dream now with all the sub-zero weather and snowfall. But when comparing December 2013 to this December, there was one similarity that took me by surprise. If you haven't noticed by now, I like to blog about weather stats, I'm kind of obsessed with it actually. So as I crunched numbers, here's some of the more interesting finds.

The warmest temperature in December of 2013 was 53° on the 4th. That's close, but actually warmer than the highest temp we had this December of 50° on the 27th. The biggest difference is WHEN we had the mild air. So after the somewhat mild start to December 2013, then it got cold, and stayed cold! And that meant all the snow we had stuck from the get go! Fifteen days with measurable snow led to the total of 19.3\" of snowfall in December 2013. The lack of white this December was quite impressive, record breaking in fact. Our 0.5\" of snow this month puts December 2014 as the 5th least snowiest.  The normal amount of snow for Milwaukee during the month of December is 10.6\", so this month was under by ten inches.  To add to that, we had nine days with light rain this month and just seven days recording light snow. Sounds weird to think we had more rain than snow.

While December of 2013 had the warmer highest temperature, the rest of the warm stats go to this December. Our average high was 36.4°. That's above the norm by 3.6°. The average monthly low was 26.4°. This came in 6.3° above normal. So, a big part of the \"warmer than normal\" came from the fact that many nights stayed milder. Overall, the mean average for this past December was 31.4°. That's 4.9° above normal. We never dropped below zero, although we got close on New Year's Eve, when we dropped to 2° Wednesday morning.  That's the coldest we've been since March 2nd, also falling to 2°. It's also the same low we had for New Year's Eve last year.

Now as we look into our new year we'll find more cold, and there's snow in our near future too.  But temps are expected to moderate now through the start of our weekend weather event, so we're faced with rain, snow and wintry mix. But we still have a chance to see this mix transition to all snow at night and the possibility for a couple inches on the ground by Sunday morning is not out of the question. Behind the storm, cold surges back in. We'll be talking about those chilly single-digit lows again next week.

Be sure to stay tuned to forecasts leading up to the weekend as travel could get dicey by Saturday afternoon.