"The Truth is That Those Carcinogens are Killing us:" Local Fire Stations Taking Drastic Steps to Keep Firefighters Safe 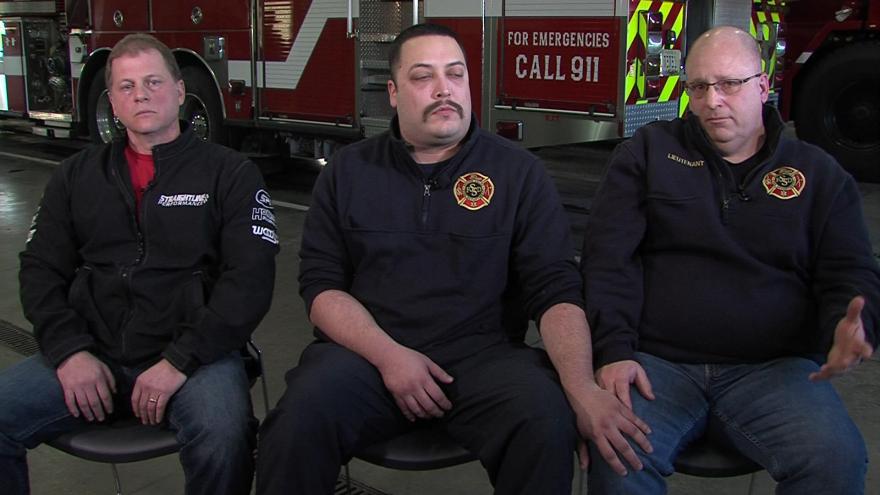 Firefighting is a career steeped in tradition. Just ten years ago, it was a badge of honor when a firefighter emerged from the flames full of soot. New research shows what's left after the fire is killing those battling the blaze.

"When you sit in that room with your wife and you get that news, it's surreal," said South Shore Lieutenant Larry DeRosier.

Those firefighters are not alone.

"You definitely don't think about it. You actually don't, you just think about doing your job, you're there for a reason. That's what we're trained for. That's kind of what we signed up for," said Brad Pheiffer, a Kenosha Fire Department apparatus operator.

All of these men have battled more than the blaze.

DeRosier was diagnosed with prostate cancer. Pheiffer had renal cell carcinoma which is a type of kidney cancer.

"I had stage two, basically had a tumor on top of my chest the size of a football," said Rudi Betancourt of the South Shore Fire Department.

While these three have hope for tomorrow. "It's a daily reminder we're not invincible. All of us need to look out for one another," said DeRosier.

Battalion Chief Matt Haerter lost his best friend. Kenosha Fire Lieutenant Scott Schumacher died from malignant melanoma. "We lived close to each other, and our boys were born a day apart, so our lives are extremely close in many ways," said Haerter.

A week from tomorrow will be the two year anniversary of his death.

Schumacher is not alone. Studies show the general public has a 22% chance of getting cancer. For firefighters, it's 68%.

In the past 10 years, nine firefighters out of a department of 150 have been diagnosed in Kenosha.

Seven out of 54 in South Shore.

That's why departments are making major changes to their fire stations.

"We all like the smell of it. You come into the station, it smells like a fire station. The truth is that those carcinogens are killing us, so we try to make sure we keep clean gear," said Captain Michael Buckhalter of the St. Francis Fire Department.

When St. Francis built a new fire department 3 years ago -- cancer free was the goal.

They try to catch all exhaust coming from vehicles and wash all their gear in a special washing machine, which releases carcinogens baked into firefighting gear.

"It's beyond getting dirty. you touch the ground, or you touch something that's burned, it's an actual hazardous atmosphere where it's embedded into our gear and our skin," said Captain Buckhalter.

And because the soot, ashes, and smoke are what is being linked to cancer ... nothing that touched the fire goes past the garage." he said.

"Making sure you shower after, wash your hands, we have face wipes in our rigs to clean ourselves off as much as we can before we get to the firehouse," Betancourt said.

They're learning how to eliminate the risk and to remember what's important.