The Most Deadly Infectious Disease in America is now... 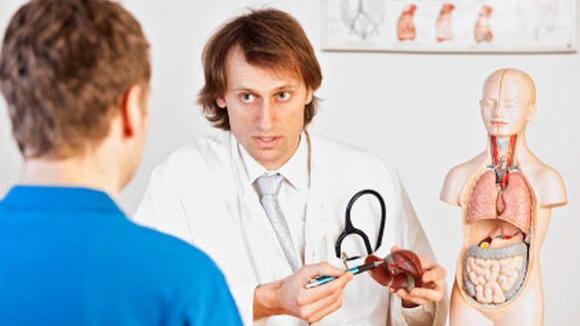 (CBSNEWS) Hepatitis C now kills more people in the United States than every other infectious disease combined, according to new government data.

The report from the Centers for Disease Control and Prevention found that deaths associated with hepatitis C reached an all-time high of 19,659 in 2014, surpassing the total combined number of deaths from 60 other infectious diseases reported to CDC, including HIV, pneumococcal disease, and tuberculosis.

Approximately 3.5 million Americans are currently living with hepatitis C and about half are unaware of their infection. Baby boomers -- those born from 1945 to 1965 -- carry the greatest burden associated with the disease, as many have been unknowingly living with it for years. In 2013, over 50 percent of hepatitis C-related deaths occurred among people aged 55 to 64.

One of the main reasons for this, Ward explained, is that many baby boomers were infected in the years after World War II when injection and blood transfusion technologies were not as safe as they are today.

"[At that time] the virus that causes hepatitis C was not yet discovered," he said, "so blood banks were not screening the blood supply for hepatitis C and many people got infected that way. Also, health care systems were not as diligent in practicing good infection control as they are today."

Without diagnosis and treatment, these individuals are increasingly suffering from liver cancer and other hepatitis C-related diseases. They are also likely to transmit the disease to others unknowingly.

The report also highlights a new wave of hepatitis C infections among young people who inject drugs. New cases have more than doubled since 2010, increasing to 2,194 reported cases in 2014.

"We have a new generation who's at risk of hepatitis C infection and so we're trying to stop risk of transmission among young people as we try to stop disease and mortality among baby boomers," Ward said.

Treatments for hepatitis C are now safe and effective, leading to a cure in about 90 percent of people who complete a daily pill regimen for 12 weeks. But it can be expensive. And people can't get treatment if they don't know they're infected.

"Why are so many Americans dying of this preventable, curable disease?" Dr. Jonathan Mermin, director of CDC's National Center for HIV/AIDS, Viral Hepatitis, STD, and TB Prevention, asked in a statement. "Once hepatitis C testing and treatment are as routine as they are for high cholesterol and colon cancer, we will see people living the long, healthy lives they deserve."

The CDC and the U.S. Preventive Services Task Force recommend one-time hepatitis C testing for everyone born between 1945 and 1965, and regular testing for others at high risk, including those who inject drugs.

"May is hepatitis awareness month and it's a great opportunity to remind everyone, especially baby boomers, to ask their clinician for a hepatitis C test the next time they see them and to know your status and take action based on that information," Ward said.