The Milwaukee Film Festival keeps getting bigger and better each year 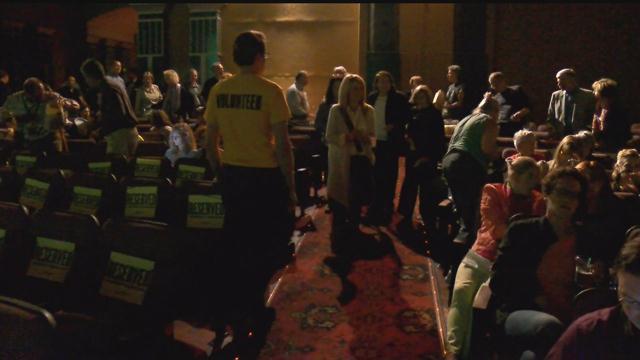 In seven short years, the Milwaukee Film Festival has grown at attract sixty four thousand film goers making it one of the top ten film festivals in the United States.

In the next fifteen days, the Milwaukee Film Festival will showcase more than three hundred films, and the selection has diversity and a variety.

The line wrapped around the oriental theater tonight for the first showing at the Milwaukee Film Festival.

It keeps getting bigger and better each year, and festival goers Lornett Gaines and Kathy Russeth explained why.

"They're interesting films from around of the world,” Gaines said. “It's time to see things other than what we in the norm at the movies. (Reporter asked) Diversity and variety? (Reporter asked) How important is something like that? Very important. The pope said it today. Incumbent of everyone, we have to deal with it"

“It's a community event, it brings people together. There are all kinds of ideas,” Russeth said. “We don't do silly talk about or think about on a daily basis and this brings people together to do that. I like a lot of the discussions that come up after the fountains. So that's the fun part to me."

The movie “Youth” played on opening night, some of the film’s stars include Michael Caine and Jane Fonda.

Jonathan Jackson, the Artistic and Executive Director at the Milwaukee Film Festival said the drama is already an Oscar contender.

"I think one of the fascinating things about the film is that the characters are talking about both himself and as characters in the movie but also their life and legacies as Michael Caine and Harvey Keitel,” Jackson said.

Filmmaker Daphne McWilliams documentary, "In a perfect world" is based on a very sensitive topic, boys who grow without their biological father.

"I went out I asked 8 million different ages, backgrounds what it was like to be raised by a single mother,” McWilliams said. “I did that to help me in this path and journey that my son and I are on."

“In a perfect world” will be playing on Saturday, and a lot of movies will be starting as early as noon during the next fifteen days.