The library catalog card? Time to pull it from the files 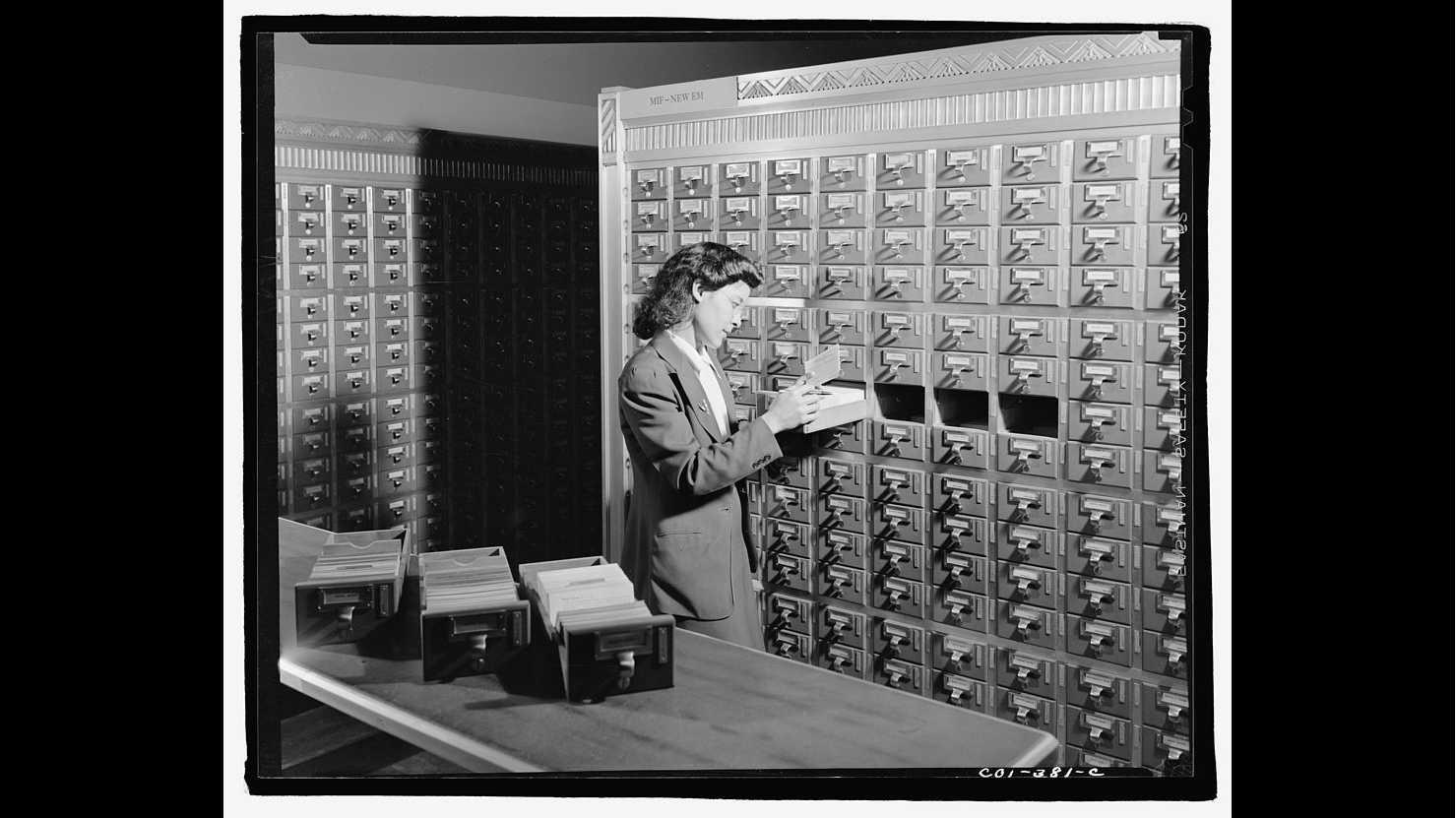 On Thursday, the Online Computer Library Center, the Ohio-based company that had printed catalog cards for public and university libraries for more than 40 years, said it had just printed its last batch.

Cause of death: online technology, of course.

"Cards were such an incredibly helpful innovation when they were invented," said Skip Prichard, president and CEO of the center, a nonprofit library cooperative that provides a variety of programs and technology services. It was, in fact, formed as a way for libraries to consolidate and share card-making resources; beforehand, libraries would often make their own cards.

But, he adds, libraries have changed.

"This is just one of the many indicators that the world continues to march forward into the digital age," he said.

Many people under 30 have probably never seen a card catalog, much less used one. These days, they're the kinds of objects used as decorative furniture at Pottery Barn or as antique curios in hipsters' households.

But for decades, the wood or metal cabinets and their thousands of cardboard index cards were, essentially, the library's information center.

With their compilations of (sometimes handwritten) titles, authors, brief descriptions and classification numbers -- Dewey Decimal for many public libraries, Library of Congress for universities and research institutions -- they were the necessary finding aid to the numerous books beyond.

In a 1994 New Yorker essay, Nicholson Baker -- who later wrote a book, "Double Fold," about paper destruction -- saw them as more than just information. With their notes, cross-references and scribbles, they were history as well.

"Think of an unbound manuscript, the only one like it, composed of a great many leaves of three-by-five cardboard," he wrote. "It is, then, the accreted biography of an institution whose job it is to store and retrieve books and book-like materials."

But even then, the physical card catalog was going the way of the vacuum-tube television and cassette Walkman.

Baker's article was a lament for all the card catalogs then being digitized (by the Online Computer Library Center, among others) and being put online and the loss of the cards, with their handwritten references accumulated over decades.

But creating cards was a laborious process, Prichard wrote in a blog entry.

"Each book required, in many cases, multiple cards: one for subject, one for author, one for title. They had to be hand typed," he wrote. "Any small error required a complete redo."

The Internet, which has made it possible for people to scan library catalogs from their home or phone (as well as read items in Google Books instead of wading through bound volumes of the Readers' Guide to Periodical Literature), sealed the deal.

"We've already jumped into the new world," said Nevine Haider, Concordia College Library head of technical services, in an Online Computer Library Center statement. "We've had online public access to our collection for years. The print card catalog has served as our back-up. So we're ready to move on."

Concordia is among the last institutions receiving catalog cards, the news release noted.

Among the last cards printed were one for a book about "Sleeping Beauty" and one for the film "The Hunger Games: Catching Fire," Prichard said. They're indicative of the range of offerings available at libraries -- now searchable with the click of a mouse, not the flick of index cards.

The demise of the catalog card will have an immediate impact at the Online Computer Library Center. For years, the organization, which strives to be environmentally conscious, would use some of the funds from recycling paper for a weekly doughnut run. Now, there will be much less paper to recycle.