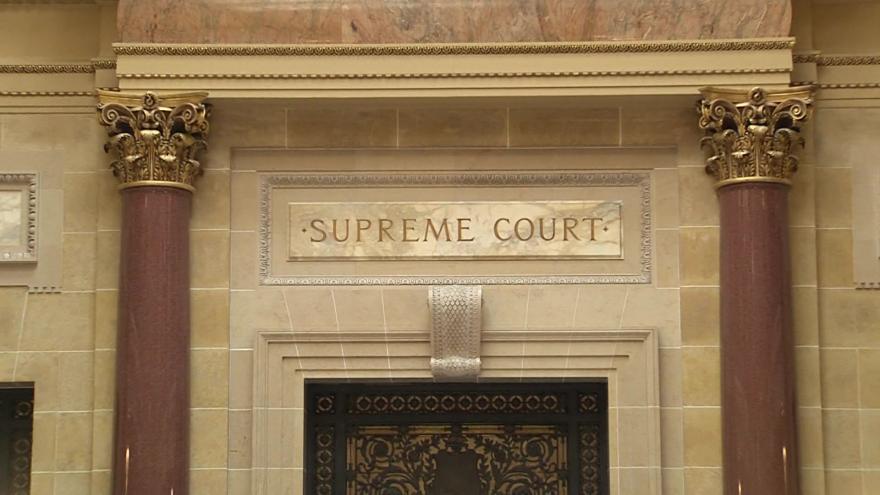 Screnock, who had the support of conservatives, and the liberal-backed Dallet easily outpolled Madison attorney Tim Burns, who ran the most explicitly partisan campaign of the three. Burns ran as a Democrat and made a point of taking partisan stands on issues.

The winner of the April 3 race will replace retiring Justice Michael Gableman, part of a five-justice conservative majority. There are two liberal justices.

Screnock had more than $800,000 in spending from conservative groups and the Wisconsin Republican Party to bolster his candidacy. He was also endorsed by three anti-abortion groups and the National Rifle Association. Republican Gov. Scott Walker and U.S. Sen. Ron Johnson, R-Wis., recorded robocalls for him just before the election.

Walker appointed Screnock a judge in 2015. He previously worked as an attorney defending the Act 10 law and legislative maps drawn by Republicans that are now being challenged before the U.S. Supreme Court.

Screnock said his win showed that voters agreed with his message that he was committed to upholding the rule of law and not advocating for a political ideology. He said he believed voters responded to an approach that he said was less outwardly partisan than those of Burns and Dallet.

"There was a clear contrast here tonight from my candidacy and my two opponents," he said. Screnock also said he wasn't concerned that his two liberal opponents would likely finish with more votes combined than he got.

"They generated a lot of interest," Screnock said. "They were running against one another."

Kerry Koppen, a 52-year-old micro-market salesman from Sun Prairie, said he voted for Screnock. The Sauk County judge seemed to be the least partisan, Koppen said. Koppen described himself as a conservative but said he was open to Dallet until she grew more partisan.

"They're supposed to be judges, not politicians," Koppen said.

Dallet attributed her win to her experience and message resonating with voters. Dallet said people were tired of special interests like those backing Screnock getting involved in Supreme Court races.

"We intend to fight for the people the way I have been fighting for the last nine months," Dallet said.

Dallet, a former prosecutor first elected judge in 2008, tried to win over Democrats, running an ad critical of President Donald Trump and saying the state Supreme Court was wrong to end an investigation into Republican Gov. Scott Walker. She became more outspoken in her positions in reaction to Burns, presenting herself as an advocate for women's rights, saying the Supreme Court was wrong to uphold Walker's Act 10 collective bargaining law and fighting mass incarceration of minorities.

Gary Geller, an 81-year-old retired salesman from Madison, said he voted for Dallet because she's a judge and a woman. Geller said he's a Democrat but he didn't consider the candidates' partisan backgrounds.

"I feel woman judges are more compassionate and have better understanding," Geller said. "She had the years of experience as a judge and a prosecutor."

Burns took the unusual approach of identifying as a Democrat and stating his support for numerous liberal issues, including fighting voter ID requirements and arguing for income equality. He argued that it's a farce to call Supreme Court races nonpartisan given how much money liberal and conservative interests put into the races.

Burns won the backing of several current and former liberal lawmakers and groups, including U.S. Rep. Mark Pocan and Democratic Senate Minority Leader Jennifer Shilling. Dallet had the backing of more than 200 judges and 150 other elected officials across the state.

Elections Commission director Michael Haas said there were no reports of polling locations not being able to open due to a storm that brought snow, ice and flooding across the state, but turnout was low.

Turnout had been expected to be in the single digits even before the storm system was in the forecast. Average turnout in spring primaries like this one where the Supreme Court is the only race on the statewide ballot has been 7.3 percent the past two decades, according to the Elections Commission.