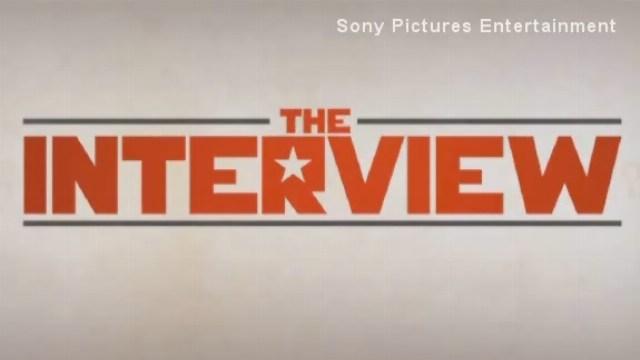 \"The Interview\" banked $1 million at the box office on Christmas Day, and it could make a couple million more over the long holiday weekend.

\"The audience reaction was fantastic -- the limited release, in under 10% of the amount of theaters originally planned, featured numerous sellouts and a first-day gross over $1 million,\" Sony Pictures worldwide distribution president Rory Bruer said in a statement.

Bruer nodded to the \"incredibly challenging circumstances\" around the release and said \"we are extremely grateful to the people all over the country who came out to experience 'The Interview' on the first day\" it was in theaters.

The results of Wednesday's online release are not known, but if one million people rented it through YouTube, that's a cool $6 million. The movie was also made available on Google Play, Microsoft's Xbox video store and a special Sony (SNE) web site called SeeTheInterview.com.

Sony Pictures' unconventional release of the movie -- a plan that was cobbled together by necessity -- has revealed the tension in Hollywood between at-the-theater and at-home viewing. And it has shown how the industry's money-making calculus could change in the future.

For a broad, star-powered picture like \"The Interview,\" a big-tent release in 2,000 to 3,000 theaters is the top choice for a movie studio like Sony Pictures. It's the difference between a $1 million and a $10 million box office total.

It's also the top choice for stars like Rogen and his \"Interview\" co-star James Franco.

\"A comedy is best viewed in a theater full of people, so if you can, I'd watch it like that,\" Rogen wrote on Twitter. People renting the movie online should \"call some friends over\" to make it more like a theatrical screening, he added.

But financiers and studios now have new options, as \"The Interview\" is demonstrating. When big movie theater chains shied away from the movie last week, citing threats from hackers, Sony recruited digital distributors and a smattering of independently-owned theaters that usually play more highbrow fare.

The key question now: Did its digital availability hurt physical sales? Apparently not on Christmas. Some of the 331 theaters that premiered the movie reported sellout crowds.

This gives weight to the argument that watching at home and watching in a theater are two different kinds of experiences.

But if theatrical interest in the movie dwindles in the next few days, that could undercut the argument.

Online rentals are one of the reasons why major theater chains like AMC and Regal opted not to show the movie once Sony un-cancelled its Christmas release.

The chains are generally opposed to same-day releases on the Internet. This is a debate has been raging in Hollywood for some time now, spurred by streaming experiments (some documentaries already come out on the Internet at the same time they do in theaters) and the desire of companies like Netflix to speed up the time between physical and digital premieres.

\"The industry has been wrestling with this issue,\" Re/code senior editor Dawn Chmielewski said on CNN on Friday.

She predicted that \"eventually we're going to get to a place where movies are released simultaneously\" online and in theaters.

But since \"The Interview\" release plan was born out of desperation, it may not represent progress in the industry.

Sony and its digital partners haven't released any rental revenue data. (They may take a cue from Netflix, which doesn't publicize ratings for its shows because it doesn't have to.)

But on Friday morning \"The Interview\" still ranked #1 on YouTube and Google Play's lists of top movie rentals.

Exact data from the Christmas box office will come in later, but industry estimates of almost $1 million were subject to interpretation.

Deadline.com called the total \"decent\" but \"certainly not as jawdropping as the headlines the film has spurred,\" while Variety called it \"an impressive launch.\"

Variety also noted that \"awareness of 'The Interview' may have benefited rival titles\" by making more families think about going to the movies on Christmas. \"Unbroken,\" \"Into the Woods\" and \"The Hobbit: The Battle of the Five Armies\" all fared well on the holiday.