The government will pay you $1,000 to adopt a mustang 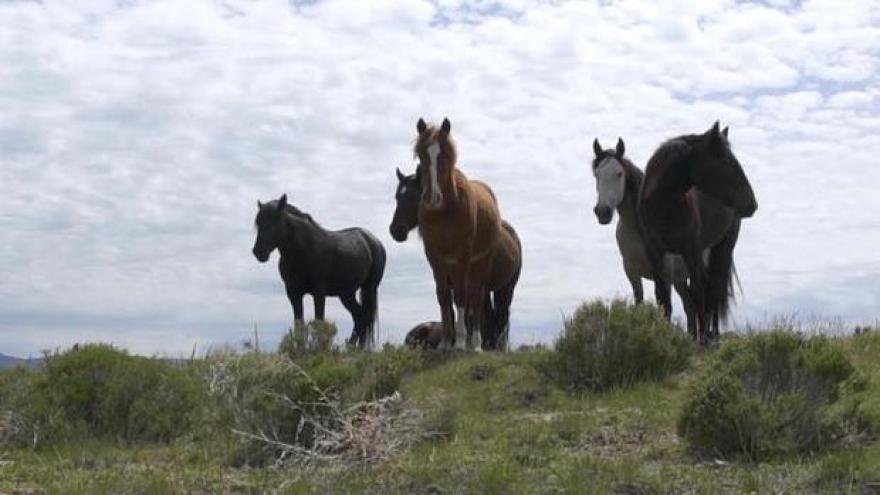 The government is taking a unique approach to control the record-breaking population of wild horses: paying you $1,000 to adopt one.

Approximately 50,000 mustangs are currently in holding pens awaiting adoption, but the number of people taking one home has hit an all-time low in recent years. That's part of the reason why the federal Bureau of Land Management (BLM) is now offering the financial incentive.

"We're estimating there's 88,000 wild horses in America right now," Gus Warr, who works at the Bureau of Land Management in Utah, told CBS News correspondent Nikki Battiste. Warr added that the land can only sustain about 27,000.

Galloping at up to 40 mph in the mountains and plains of Utah, the mustangs are a symbol of freedom. But "freedom has its consequences if they're not managed," Warr said.

Those consequences can include overgrazed land and starving horses. That's why BLM rounds up thousands of wild horses each year.

The Humane Society and the American Wild Horse Campaign told CBS News the roundups can be dangerous, leaving some horses injured or dead. Or they might be adopted and illegally sold for slaughter.

Warr says BLM spends $50 million of its $80 million budget on off-range holding costs for the mustangs they gather, and that holding a horse costs almost $2,000 a year.

"Do you worry about people who say, 'Hey, wait a second, I'm going to get one of those mustangs,' take $1,000, and take it to a slaughterhouse? Or abuse it?" Battiste asked Warr.

"You have to say, you have to be concerned about that," he said. He added that if there's any evidence that the horse has been abused by its new owner, the BLM will reach out to the local humane group.

To qualify, adopters must have enough space for a horse and no history of animal abuse. Those approved get a wild horse, $500 up front, and $500 one year later.

"It's beneficial, but it's not why we're here," said Michael Galles, who's taking home his very first mustang. "I can see why they're doing it because it gets more people to take a chance on a wild horse."

"People get emotional when it comes to a bond with horses. How do you explain the feeling of what's going on here for those of you getting a mustang?" Battiste asked Debra Cash, who came to the center with Galles.

You can be paid to take up to a maximum of four horses. BLM says adoptions have gone up nearly 40 percent since the $1,000 incentive began in March. But the Humane Society and American Wild Horse Campaign say BLM needs to focus its budget on fertility control.