The Force is with the new 'Star Wars' trailer 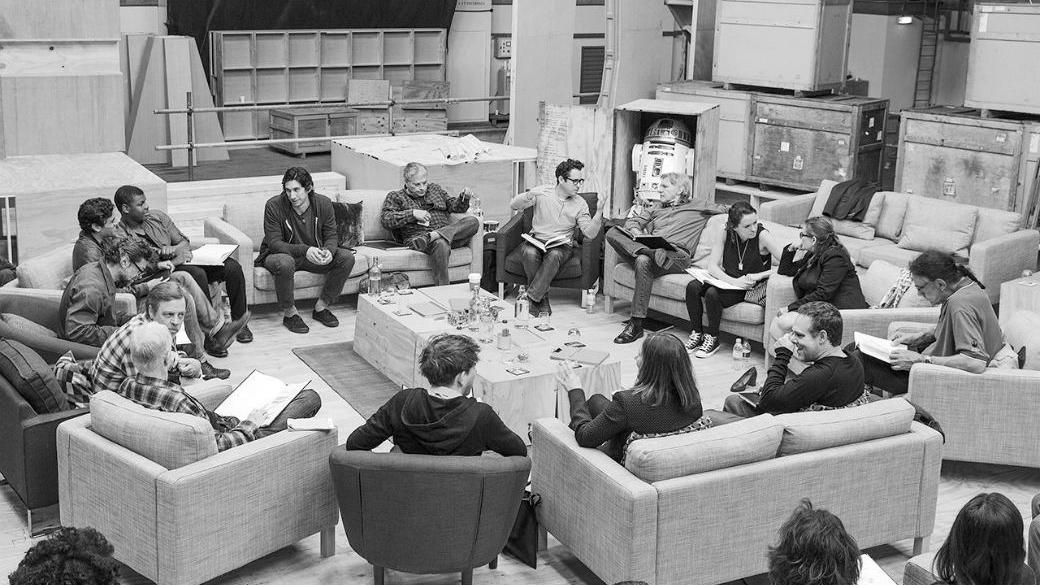 A droid rolling along in the desert. Stormtroopers leaving a transport vehicle readying for battle. A Sith lord showing off his three-sided lightsaber.

Those are the images that make up the first look at \"Star Wars: Episode VII -- The Force Awakens,\" which debuted its first teaser trailer Friday.

To call it the most anticipated teaser of the year is an understatement. Fans have been anxious to get a glimpse at the upcoming \"Star Wars\" installment since Monday's announcement that it would be available in 30 theaters Friday.

Then Disney appeared to blink Wednesday, announcing that the trailer would be available on iTunes as well. That led to a bit of a hiccup Friday morning as a stream of fans eager to see the clip appeared to crash iTunes' site.

The highlight of the trailer is definitely the Millennium Falcon. It's the first time we've seen it onscreen since 1983's \"Return of the Jedi,\" and it was probably enough to send chills down the spine of many fans.

STAR WARS!!!!! Language and emojis fail to express what's in my heart at this moment.

Yes, it's under 2 minutes. Yes, it stays secretive. Yes, my heart soared with the Millennium Falcon. And no, I am not ashamed. #StarWars

GOOSEBUMPS ALL OVER. AND DID YOU SEE THAT LIGHTSABER?! I HAVE BEEN AWAKENED. #TheForceAwakens pic.twitter.com/FASjsqBfCg