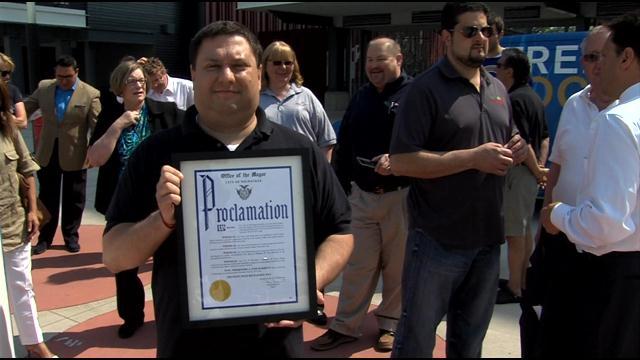 It's a tradition that began at Summerfest; free admission with food donations.  Through the years the ethnic festivals offered similar deals. But, this year, they've pledged to all work together to encourage food donations for Hunger Task Force.

Dan Pena of the Indian Summer Festival says people have always loved a deal but all the idea of helping the city and that these special offer times will be more effective as a group. \"This year United Ethnic Festivals are making a concerted effort to make sure every festival has one of those periods and that we broadcast it.\"

Last year individually they brought in close to 150,000 pounds of food.

They think this year they can surpass that total and bring in 160,000 pounds of food.

\"Obviously when people work together they usually can achieve their goals,\" said Sherrie Tussler of Hunger Task Force. \"So, I think it's cool because it's a lot of different traditions. Milwaukee is made up of a lot of different neighborhoods. These people coming together is a positive statement about our city. Good for Hunger task Force and good for hungry people.\"

For a link to United Ethnic Festivals click here