The Doctor is in to talk Men's Health and "Movember" 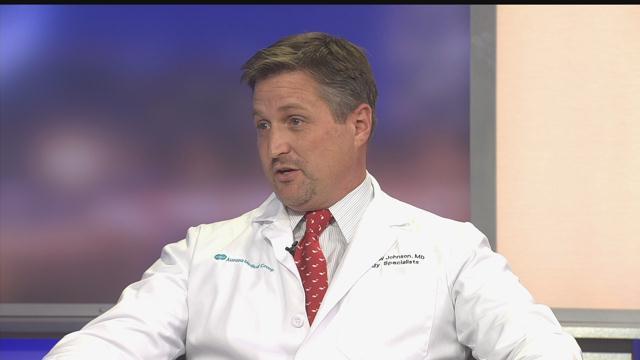 Dr. Matt Johnson, an urologist with Aurora St. Luke’s, joined us on the CBS 58 News at 4 to talk about "Movember," a month dedicated encouraging men to take their health seriously.

It might seem like it's been here forever, but Movember is actually a relatively new movement, started in 2003 by two friends in Australia over a beer. They were talking about fashion trends and discussed bringing the mustache back. They encouraged a few friends to grow a mustache or a ‘Mo’, and then inspired by a friend’s mother who was raising money for breast cancer, they decided to try to start a campaign for men’s health issue.

They researched it and found that prostate cancer was the most common male health issue, and they sent an email out to about 30 friends asking if they were “man enough to be a man.” Each person was encouraged to grow a Mo, and the two friends soon thereafter set up a website where they encouraged friends to donate $10 to a friend to support their mustache.

They then went on to partner with a prostate cancer nonprofit in Australia to expand their reach, and about five years later in 2007 brought the movement to the United States when one of the two friends moved to California to bring Mo Bros and Mo Sistas to the world.

Dr. Johnson says finding signs and symptoms of prostate cancer can be tricky, because in many instances, there are no symptoms.

Some people first sense something is wrong when they have urination issues, including pain or a burning sensation, blood in in their urine, or excessive urination at night. Most cases of prostate cancer occur in men ages 50 and older, so we normally recommended screenings regularly after the age of 50 (or 40 if you have a family history)

Treatment and diagnosis has come a long way, Dr. Johnson says at Aurora, they take a multi-disciplinary team approach, meaning we have multiple physicians and staff involved in all treatment discussions to ensure we have the best treatment for the patient.

Dr. Johnson says early screening and detection are critical, and that’s why it’s so important for men especially to have regular visits with their doctors, for prostate health but all health.