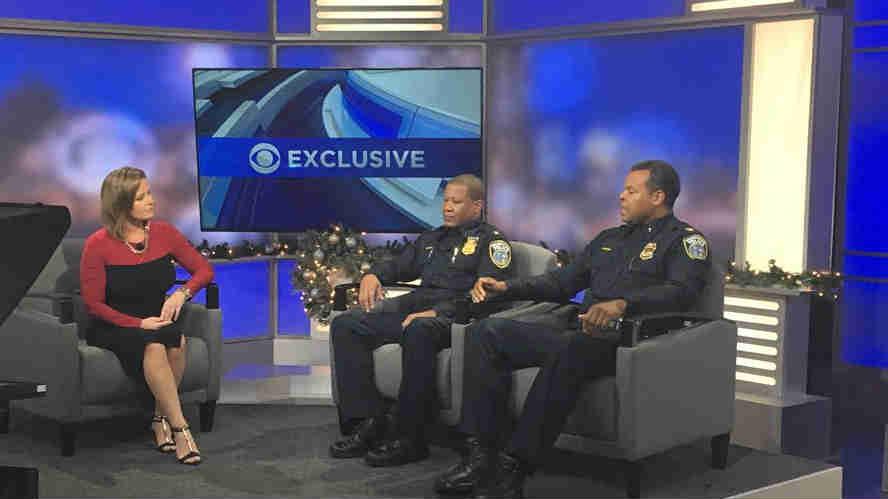 Capt. Jutiki Jackson of the 7th District grew up near 16th and Center said he never would have imagined as a child that he would grow up to become a police officer.

"Many of the neighbors, it wasn't a goal," said Jackson and not just because of  negative police relations with the community. "Many of us never thought we would have the opportunity."

There were many role models either patrolling the streets.

Deputy Inspector Terrance Gordon who joined Captain Jackson on the CBS 58 News at 4 p.m. He grew up not too far away from Jackson.

"I didn't know anybody who was a police officer. As a kid I never event though about it being a profession."

What steered him towards the profession was seeing things in the neighborhood.

"Even seeing things happening to my family and friends. Family members incarcerated. My family was hit hard by a lot of things happening in the neighborhood. Even friends of mine were killed. Three in one year."

It was at that point that Gordon knew he wanted to do something different in the community.

Chief Ed Flynn says there has been no shortage of recruits, but diversity has been a challenge given recent controversy over police use of force.

"I always want more police recruits," Flynn told CBS 58 News. "I think we are challenged to offer African American Officers primarily because of the negative publicity. And we're working hard to rectify that."

Deputy Inspector Gordon says a police department like any other facet of government should be a reflection of the community.

"I don't ever want to give the impression that someone who is not of color cannot police these neighborhoods. That is simply not true. But it is extremely important that police departments represent the communities that they serve."

Captain Jackson believes progress has been made, especially in District 7. He believes if officers interact with people more, things will only improve.

"We need to have more contact with young people in positive settings. We can't go to a house and enforce the law or solve the problems in that house and expect to win that child or young people over."

Jackson says the more positive interaction the greater the chance to get young people to consider a career in law enforcement.

Deputy Inspector Gordon says now is the time for Milwaukee to support and promote officers who do their jobs well.

"People in leadership positions in this city need to stop slicing us up into little different groups while claiming they want diversity. If we can capitalize on the good things we do.  Stop talking about the institutional problems of the past. In collaboration, there is no blame. No us and against them. if we continue to work together the way we do and know we can and put those things forward, the message we send as a police department would be echoed in the community."