The Air and Water Show Returns 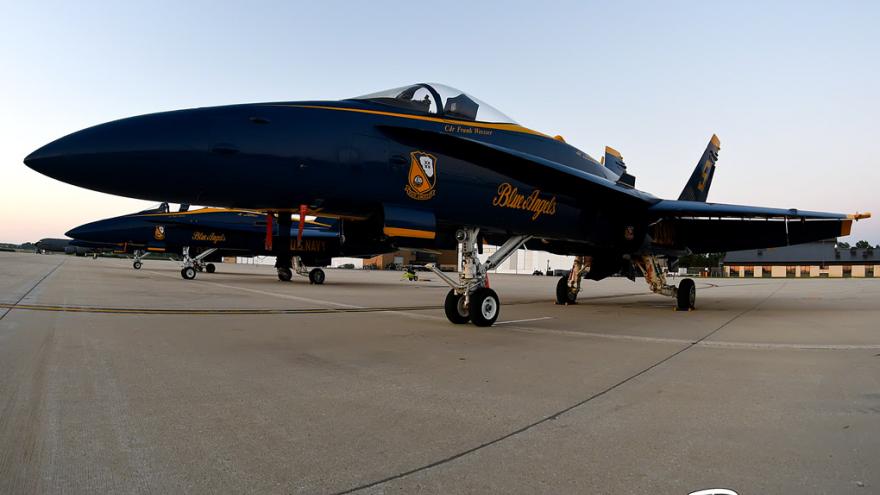 Thousands poured onto Bradford Beach Saturday afternoon, eager to catch the aerial acrobatics of some of the country's most elite air teams.

And after last year's show was postponed altogether, it's something many people have been waiting for two years now to see.

Soaring planes could be heard for miles, as spectators enjoyed the return of Milwaukee's Air and Water show.

"There was no show in 2016, but here we are back big in 2017 with the Blue Angels," said Milwaukee Air and Water Show President Paul Rogers.

The Blue Angels is exactly what many folks came to see.

The team pulled out all of the tricks even with the limited practice they had just days before.

"I liked to see how there was, how they would almost run into each other, and then it would turn and they wouldn't. And then they would show that they were so close to running into each other. Like they just crossed," said spectator Levi Moats.

Fans also got to see performances from the U.S. Army Golden Nnights and Aerostars Formation Aerobatic team just to name a few.

"They came through periodically but when they did it was a lot of fun. It's always neat to see those jets flying so close together," said spectator Doug Davies.

"My favorite part was when the supersonic jets just went zoom and it was so entertaining. It was beautiful and more importantly and the weather with the public, it was so happening and nice," said spectator Shewta Ripuri.

Some of the Blue Angels were not here today due to maintenance issues, but organizers tell CBS 58 the entire team should return Sunday.

The show will run from 10am to 4pm both days, tickets start at $30 for adults $7 for kids with VIP seating available.  To buy tickets and get the full price list visit their website at www.milwaukeeairshow.com