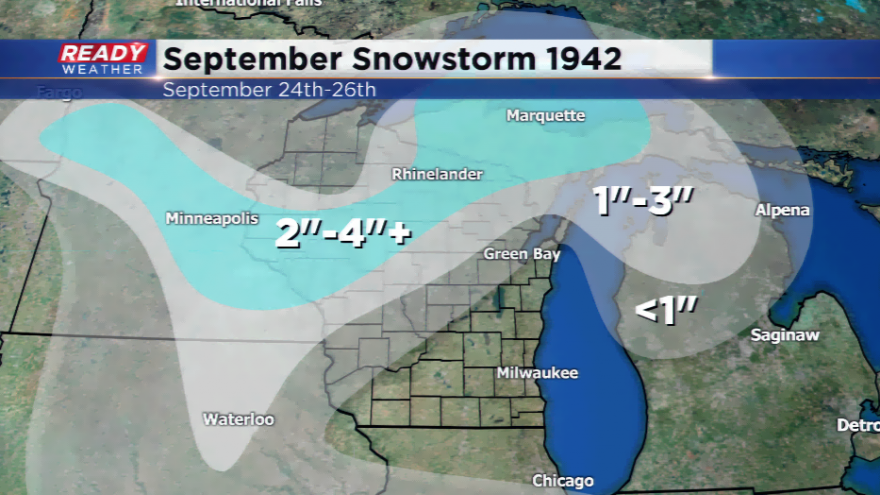 From September 24th through the 26th, 1942, an early season winter storm moved through the Northern Plains, Upper Mississippi River Valley, and Great Lakes, dropping measurable snow as as it went.  In many places across Minnesota, Iowa, Wisconsin, and northern Illinois, this was their earliest measurable snow on record.

Unprecedented snow fell on the 26th and 27th.  Traces were generally found across southeastern part and in the river valleys of southwest Wisconsin.  Meanwhile 1 to 6 inches of snow fell across the remainder of the state.  The highest snowfall totals were reported at Tomahawk (5.7 inches) and Deerskin Dam (6.3 inches).  The average snowfall for the state was 0.8 inches.  The previous highest average for September was 0.1 inches in September 1899, 1908, and 1913.