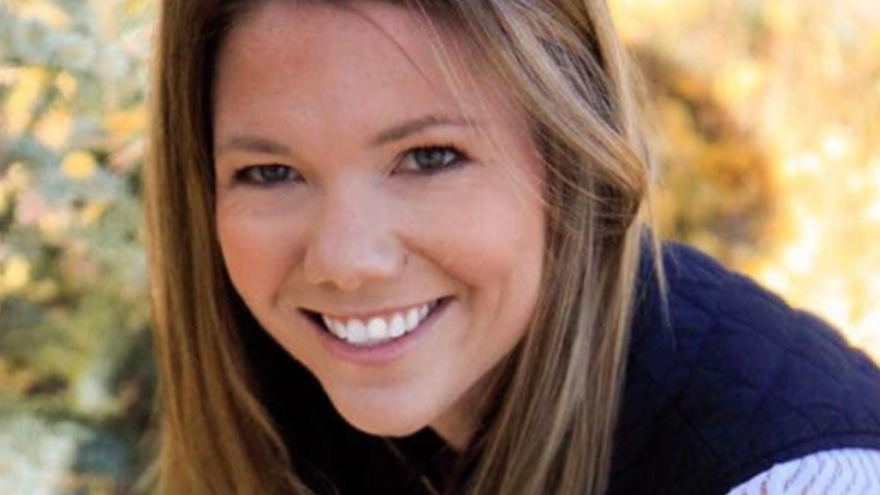 The family of a Colorado mother who vanished nearly three weeks ago is asking the public to help bring her home. Kelsey Berreth was last seen Thanksgiving Day shopping with her 1-year-old daughter. She was reported missing 10 days later.

When investigators searched her home they found her cars, her clothes, her toothbrush, even cinnamon rolls apparently untouched since Thanksgiving. On Monday, Berreth's mother choked back tears as she appealed for her daughter's safe return.

"Kelsey, we just want you home. Call us if you can, and we won't quit looking," Cheryl Berreth said. "Someone knows where she's at ... She's not the kind that runs off. This is completely out of character."

The 29-year-old was last seen at a Safeway on November 22 where surveillance cameras captured her shopping with her daughter, Kaylee, shortly before Patrick Frazee, Berreth's fiancé and Kaylee's father, picked up the 1-year-old.

On November 25, three days after the Woodland Park, Colorado, resident disappeared, police say her cellphone pinged near Gooding, Idaho, nearly 600 miles away. That same day, two text messages were apparently sent from the device. One told her employer – Doss Aviation, where she was a flight instructor – she would not be showing up to work the following week. The second message was sent to Frazee.

Woodland Park Police Chief Miles De Young said it was Berreth's mother who reported her missing Dec. 2, more than a week after those texts were sent, prompting questions about why her fiancé didn't report her missing.

De Young said he is unaware of any reports of domestic violence involving the couple. Frazee's home has not been searched and police describe him as cooperative. He declined to appear at the press conference Monday.

"We are treating Kelsey's disappearance as a missing person's case at this time. We have not identified anyone as a suspect, and are asking the public for any information that might help us find her," De Young said.

Berreth's family has created a Facebook page called "Missing Mother - Kelsey Berreth." Police said all the planes at the flight school where she worked are accounted for. Frazee, who has been caring for Kaylee, has not responded to our requests for comment.