Texas trooper takes the rap for posing with Snoop Dogg 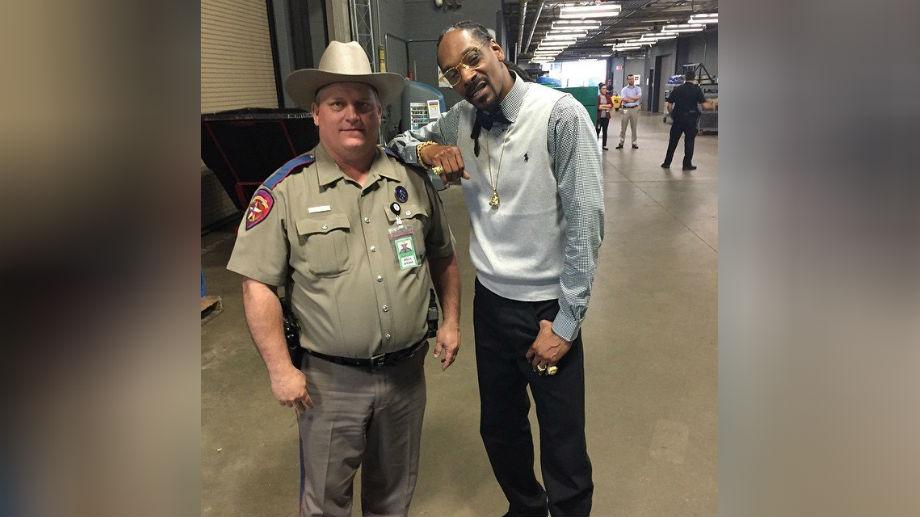 (CNN) -- A Texas Department of Public Safety trooper has been reprimanded after posing for a photo with rapper Snoop Dogg.

According to the Dallas Morning News, Trooper Billy Spears has been ordered to undergo counseling after the star posted a picture of him with the uniformed Spears at the South by Southwest festival in March in Austin.

The rapper, whose real name is Calvin Broadus, posted the picture on Instagram with the caption, \"Me n my deputy dogg.\"

Spears got into trouble because of the rapper's convictions on drug charges, including in California in 1990 and 2007.

Ty Clevenger, Spears' attorney, said his client was working at the festival when Snoop's publicist took the picture of the pair. He said the trooper was unaware of the rapper's convictions at the time.

\"Troopers get called down to work these events all the time, and sometimes people want a picture with them,\" the attorney said.

Spears was cited after his superiors saw the picture.

Department spokesman Tom Vinger said in a statement to the Dallas Morning News, \"DPS does not typically discuss or release specifics of personnel issues unless they result in disciplinary action. ... Supervisors counsel and coach employees on a regular basis, and these efforts do not constitute formal discipline by the department.\"